Intermediate+ Word of the Day: dent 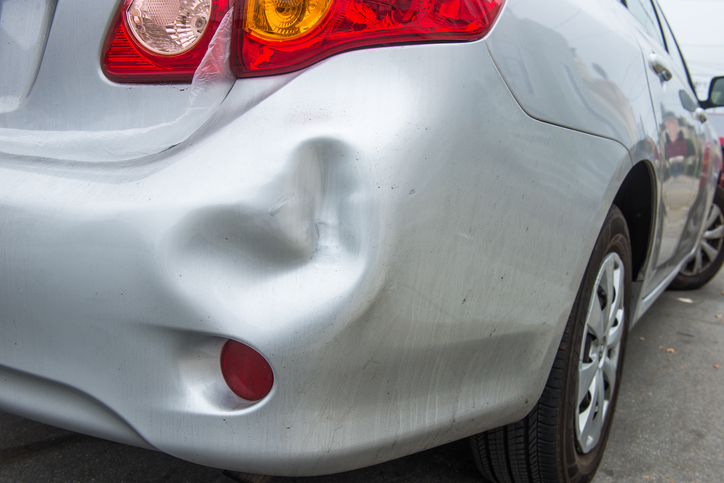 A dent is a hollow or depression in a surface and, figuratively, an effect that is highly noticeable, especially one related to reduction. As a verb, to dent means ‘to make a dent in a surface’ or ‘to become dented,’ as well as ‘to have a reducing or harmful effect.’

Arthur Dent is the main character in the Hitchhiker’s Guide to the Galaxy, which started as a radio series, became a series of books and then was adapted for television and later made into a movie. Here is a clip from the TV series:

In engineering, a dent is also a toothlike projection on something, like the tooth of a gearwheel.

It’s really annoying when your car gets dented, but apparently you can get the dents out with some boiling water and a bit of elbow grease. Here’s a video clip showing you how:

We haven’t tried it ourselves yet, so we don’t know for sure if it works. If you try it, let us know how you get on!

Dent dates back to the late 13th or early 14th century, and originally meant ‘a strike or blow.’ It was a dialectal variant of the noun dint, which dates back to before the year 900, as the Old English dynt, which specifically meant ‘a blow dealt in a fight.’ It can be traced back to the Proto-Germanic word duntiz, and was related to the Old Norse dyntr (blow or kick). The meaning we use now, “indentation,’ including in a figurative sense, first appeared in the mid-16th century, due to the influence of the word indent. The verb dates back to the late 14th century, and comes from the noun. Its meaning changed around the same time as the noun’s.

See full definition
Learn more about dent in our forums

Dent in other languages

Dent was suggested by Giacomo, from Italy.