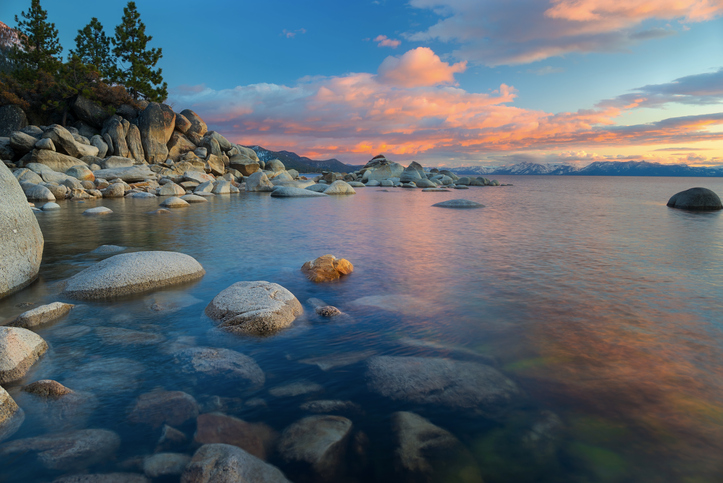 If something is shallow, it is not deep. It can also be used figuratively to mean that some issue lacks depth or seriousness or to talk about someone who is superficial. When we breathe, shallow breathing means we take just a small amount of air with each inhalation. In baseball, if something is shallow, it means it is close to home base. As a noun, and usually in the plural form, shallows are shallow bodies of water.

You may be familiar with the classic shark attack movie Jaws, where danger lurked in deep water, but a more recent 2016 movie, Shallows, moves the danger closer to shore. You can see a clip from the movie here:

Swimming pools normally have deep ends and shallow ends. The shallow end is where you can stand up and generally where children swim, at least until they are good enough to venture into the deep end. Pools that are very shallow, with just a foot (30 cm) or so of water, are called wading pools; since they are usually meant for very young children, they’re also colloquially known as kiddie pools.

Shallow dates back to the late 14th century. The Middle English adjective schalowe (pronounced just like we say shallow today), came from the Old English adjective schealde, an adjective meaning ‘shallow’ that was formed from the noun sceald (‘a place of shallow waters,’ pronounced shoald). It can be traced back to the Proto-Germanic root skala-, but its origin before then is unknown. It is related to the Swedish skäll (thin), the Low German schol (shallow) and the Frisian skol (not deep), as well as the English shoal, a noun meaning ‘a place of shallow waters’ that is the direct descendant of sceald. The figurative sense used to describe a thought, feeling, subject or person, dates back to the late 16th century, while doctors only started using it to describe breathing in the late 18th century. The noun dates back to the mid-16th century, and comes from the adjective.

See full definition
Learn more about shallow in our forums

Shallow in other languages