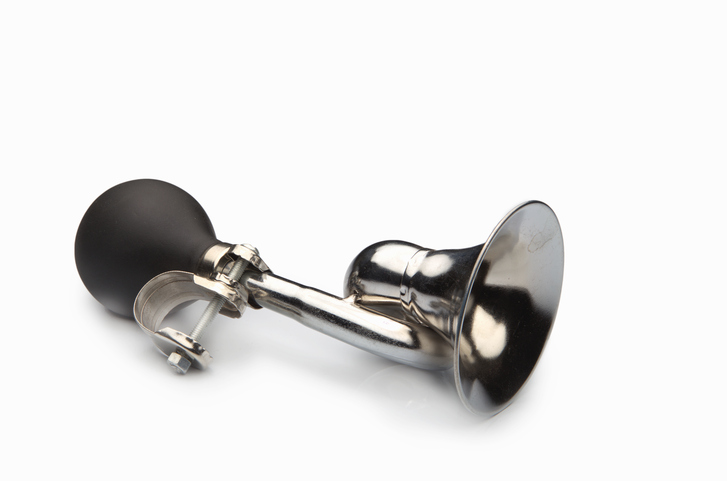 As a verb, to toot means ‘to make a horn or whistle make a short sound’ or ‘to make any sound that resembles that of a horn.’ As a noun, a toot is the act of tooting. In US English, as a slang term, toot means ‘cocaine’ and as a verb it means ‘to take a drug by snorting,’ but these meanings are now dated. Also dated, a toot is a period of drunken revelry in US English too. Informally, in Australia, a toot is a toilet, although, again, this term is somewhat dated now.

Little Toot is an illustrated children’s book by Hardie Gramatky about a little tugboat who wants to play instead of working. An animated version of the story was made for Disney’s Melody Time and you can watch it here:

As a slang term, a toot can also be the noise made when passing gas and, therefore, the act of passing gas itself.

Toot dates back to around the year 1500. The verb, originally said of horns, likely originated by imitating the sound horns make, though its exact origin is uncertain. It is related to the Low German and German tuten, the Dutch toeten and the Swedish tuta, all of which mean ‘to toot.’ The noun, meaning ‘the act of tooting,’ dates back to the late 17th century, and comes from the verb. The Australian slang, meaning ‘toilet,’ possibly came from a funny alteration of the word toilet, and appeared in the 1940s. The drug-related sense dates back to the 1970s.

See full definition
Learn more about toot in our forums

Toot in other languages