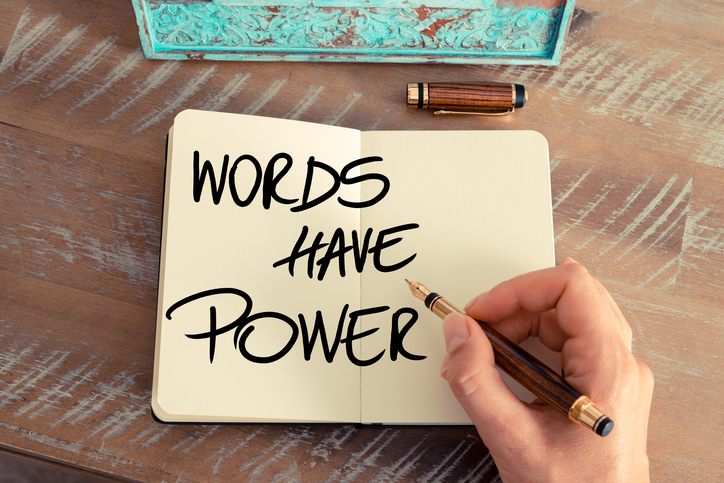 We’re pretty sure you know that a word is a unit of language. However, it has many other meanings, like a ‘short talk,’ ‘a reprimand,’ ‘a promise or pledge,’ or any expression or utterance. News or rumor can also be word, and so can a password and an order or command. Informally, it can be combined with the first letter of a taboo word in order to avoid saying the word itself. As a verb, it means ‘to express in words.’

have words: with words always in the plural, to have a disagreement or argument. Example: “Ben and Dan had words last week, because Dan was flirting with Ben’s girlfriend.”

be as good as your word: keep your promise. Example: “I didn’t really think Frances could organize the transport at such short notice, but she was as good as her word and managed to arrange everything in time.”

my word!: an interjection expressing surprise. Example: “My word! I didn’t expect to see you here.”

take someone’s word for something: believe someone without any further evidence. Example: “I can’t prove it wasn’t me who broke the window; you’ll just have to take my word for it!”

To take the words out of someone’s mouth is a figurative expression meaning that you say something just as someone else was about to say it. You can listen to Meatloaf singing about just that here:

Word dates back to before the year 900. Unlike many other terms that have changed pronunciation and spelling, word has remained just as we know it since Old English. It can be traced back to the Proto-Germanic wurdan, from the Proto-Indo-European root were– (to speak or say). It is related to the Old Saxon and Old Frisian word, the Dutch woord, the Old High German wort, the German Wort, the Old Norse orð (or orth), the Gothic waurd and the Latin verbum, all meaning ‘word,’ as well as the Lithuanian var̃das (name). It is also, if more distantly, related to the English word verb and many other modern terms derived from the Latin verbum. It has always kept its original meaning, ‘a unit of language,’ and the theological sense (the word of God), as well as ‘promise,’ also date back to before the year 900. Word-for-word, meaning an exact replica of what someone has said or written, dates back to the late 14th century, while the phrase to have words, usually in the plural, meaning ‘a verbal altercation,’ dates back to the mid-15th century. The expression word of mouth appeared in the mid-16th century. The verb comes from the noun and, meaning ‘to utter,’ dates back to around the year 1200. The sense ‘put into words’ appeared in the early 17th century.

See full definition
Learn more about word in our forums

Word in other languages