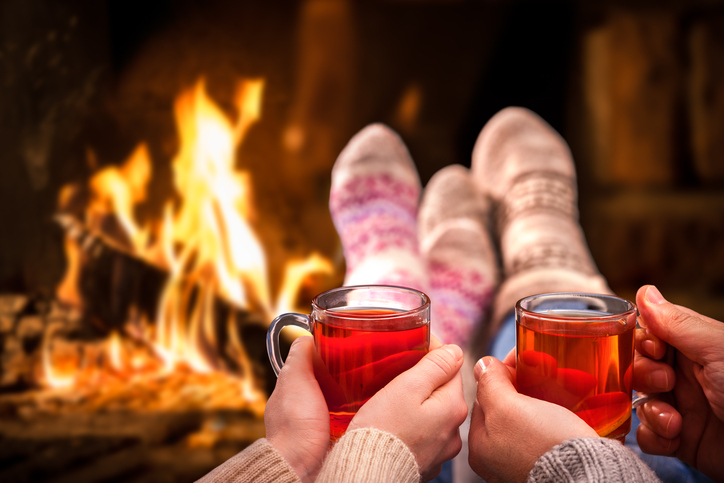 Heat is the condition or quality of being hot, the sensation of warmth, a period of hot weather, or the degree of hotness of something. It is also a source of warmth and, when we’re talking about food, the spiciness. Figuratively, heat can mean ‘passion’ or ‘the point of greatest intensity.’ Informally, heat means a pursuit or investigation run by the police, intense pressure, or blame. As a verb, to heat means ‘to make something hotter.’

in heat: the period of time when some female mammals can mate. Example: “We want to breed from our dog, so we’re waiting until she’s next in heat.”

heat up: literally, this means ‘to make something hotter’ and is just another way of saying to heat. Figuratively, it can mean to become more active, intense, or excited. Example: “The score is even with just a few minutes left to play and things are really heating up as both teams try to get ahead.”

In the heat of the moment is an expression meaning that something was done in a state of excitement or emotion, without being properly thought about. You can listen to After 7’s 1989 single “Heat of the Moment” here:

A heat is also ‘a single course in a race.’ It was originally used for horse races, but now we commonly see heats in swimming and track to eliminate contestants before the finals.

Prickly heat is a skin disease that is quite common in hot climates. It is caused by sweat glands getting blocked, which leads to a rash forming on the skin.

Heat dates back to before the year 900. The Old English noun hǣtu or hǣto (simplified to hete in Middle English) could mean ‘heat or warmth,’ ‘the quality of being hot,’ or ‘fervor or ardor.’ It can be traced back to the Proto-Germanic haita– (heat) and the Proto-Indo-European root kaid– or kai- (hot). It is related to the Old Saxon hittia, the Old Norse hiti, the Old Frisian hete and the German hitze (heat), as well as the Gothic heito (fever) and the English word hot. It is also distantly related, through the Proto-Indo-European root, to words for heat in other languages, such as the Spanish and Portuguese calor, and the French chaleur. The figurative sense, ‘passion’ or great intensity,’ has been around since the mid-18th century, while the slang meaning ‘trouble with the police’ dates back to the 1920s. The verb also dates back to before the year 900, as the Old English hǣtan, and then the Middle English heten.

See full definition
Learn more about heat in our forums

Heat in other languages

Heat was suggested by Logan in Indianapolis.