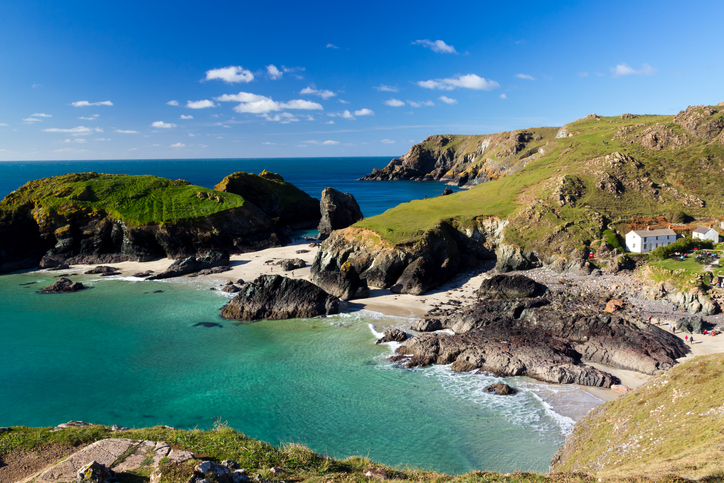 You probably know that the coast is the land next to and the region near the sea. But did you know that coast, as a verb, means ‘to descend or go down in a car or on a bicycle without using power?’ The related noun coast means ‘a glide down a hill or slope.’ Informally, to coast means ‘to progress or go forward with little effort,’ especially using pre-existing assets, such as wealth, name, or position, whether your own or someone else’s.

the coast is clear: originally this referred to there being no enemies on the coast to dispute a ship landing. Now it is used figuratively to mean that the way is clear for someone to do something or for something to happen. Example: “You can stop hiding now; Mom and Dad have gone out, so the coast is clear.”

The words coast, shore, and seaside are all very similar, but slightly different in meaning. The shore is the land immediately bordering the sea, whereas the coast includes the shore, but also the rocks and cliff faces that may be set a little further back. Also, shore can be used for land immediately bordering other bodies of water, such as a lake, for example, whereas coast cannot. Coast can also be used more generally to describe quite a large area that is close to the coast, even though some of it may be a little way inland. The seaside may mean the shore, but is most often used to talk about beaches or about towns, villages, or other areas that are right by the sea, especially in the UK; these can also be referred to as being on the coast, but you wouldn’t use seaside to refer to anything further inland.

Coast, meaning ‘margin of the land,’ dates back to the early 14th century, as the Middle English noun cost(e). The word itself is a bit older. It exists since the 12th century, but used to mean ‘rib’ (as a part of the body). It came into English from the Anglo-French and Old French coste, which meant ‘rib, side or flank,’ and ‘slope or incline,’ but also later came to mean ‘coast or shore.’ It can be traced back to the Latin costa, meaning ‘rib.’ Some linguists think it originated in the Proto-Indo-European root -ost, meaning ‘bone.’ In Medieval Latin, costa developed the secondary meaning ‘shore’ from an earlier figurative sense meaning ‘side.’ This meaning passed into many languages, but only the Germanic languages seem to have dropped all other meanings of the noun. Thus, coast is related to the Dutch kust, the Swedish kust, the German Küste and the Danish kyst, all meaning ‘coast,’ but also the Italian costa (coast or side), the French côte (coast or side), and the Spanish costa (coast), cuesta (slope) and costilla (rib), among others. The verb coast dates back to the late 14th century. The Middle English cost(e)yen or costen, meaning ‘to skirt, go around the sides or go along the border of something,’ comes from the Anglo-French costier, from the Old French noun coste. The meaning ‘to slide downhill’ is from a completely separate borrowing of the French by American English in the late 18th century. This sense was extended to vehicles in the early 20th century, and took on the figurative sense ‘to progress without effort’ in the 1930s.

See full definition
Learn more about coast in our forums

Coast in other languages