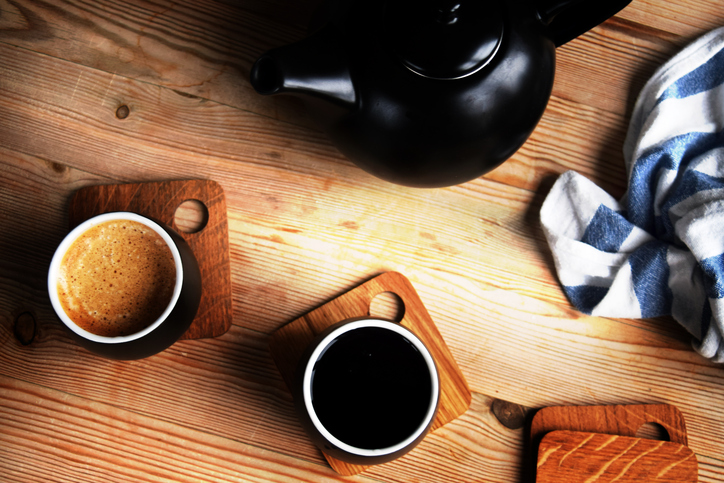 A coaster is a person or thing that coasts, that is, that slides or glides down a hill or slope, and also, in US English, a sled used for coasting. A coaster is also a small dish or mat used under a glass or cup to protect the surface of the table. As a nautical term, a coaster is a ship engaged in trade around the coast.

roller coaster: an amusement park ride, like a small train on tracks with steep climbs, dips, and bends. It is also used figuratively to describe a situation or state marked by sudden ups and downs. Example: “The last month has been a real roller coaster of emotions; we had our baby, which was such a joyful event, but then my brother died and we were plunged into mourning.”

You can listen to the Red Hot Chili Peppers’ song “Love Rollercoaster” and watch the video, featuring animated characters Beavis and Butthead, here:

A coaster is also a tray for holding a wine decanter to be passed around a dining table, although this sense has fallen out of common usage.

In New Zealand, a coaster is someone who comes from or lives on the West Coast of the South Island.

Coaster dates back to the mid-16th century. It is the agent noun for the verb coast, and originally meant just ‘a sailor who sails along the coast.’ The use was expanded to ships that did the same in the late 17th century. The meaning ‘something that slides downhill’ appeared in the late 18th century, around the same time the verb to coast acquired the sense ‘to slide downhill’ in American English. Finally, the meaning ‘a round tray for a decanter’ dates back to the late 19th century; it was called that either because of its resemblance to a sled or because it “coasted” around the edge of the table from guest to guest. This meaning expanded to smaller trays or mats for individual drinks, which is now the most common use of coaster. Finally, roller coasters (also rollercoasters or roller-coasters) first appeared in the late 19th century, and the term has been used figuratively since the early 20th century. It has been used as a verb since the mid-20th century.

See full definition
Learn more about coaster in our forums

Coaster in other languages