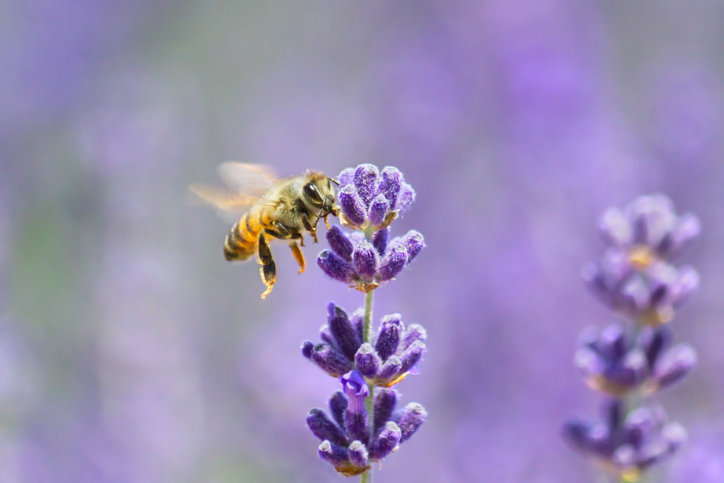 A buzz is a low humming sound, like the ones bees make. Lively and excited activity is also a buzz and, informally, a phone call can be called buzz too. As a slang term, a buzz is a feeling of excitement or exhilaration or of slight intoxication. As a verb, to buzz means ‘to make a buzzing sound,’ ‘to whisper or gossip,’ or, often followed by around or, in UK English, about, ‘to move busily from one place to another.’ Informally, it means ‘to call somebody on the phone.’

buzz off: go away. Example: “Your little brother is so annoying; can’t you just tell him to buzz off?”

Buzz Lightyear is the name of one of the main characters in the movie Toy Story. You can see the newly arrived Buzz introducing himself to the other toys in this clip:

In aviation, to buzz is to fly low and close to a surface. This practice started in the 1940s, and was usually a warning on bases that target practice was going to start there soon. In slang, a buzz can also be a pleasant feeling of slight intoxication, usually from drinking.

A buzz cut is a short haircut done with clippers, so called because of the buzzing noise the clippers make. In this video clip, a hairdresser explains how a buzz cut is done:

Buzz dates back to the late 14th century, in the form of the Middle English verb busse (pronounced buzze). Its origin is an imitation of the sound that bees and flies make. It has been used figuratively to describe the hum of human activity since the late 16th or early 17th centuries. The noun comes from the verb, and dates back to the early 17th century. Its first recorded meaning was figurative, ‘a busy rumor,’ but it was soon used for the literal sense as well. In the 20th century, it was also used to describe the sound of an airplane flying overhead, which is where the military sense of “to buzz” came from. “To give someone a buzz” dates back to the 1920s, and came from the buzzing sound the first telephones made. A buzz, meaning ‘a slight intoxication,’ dates back to the 1930s.

See full definition
Learn more about buzz in our forums

Buzz in other languages