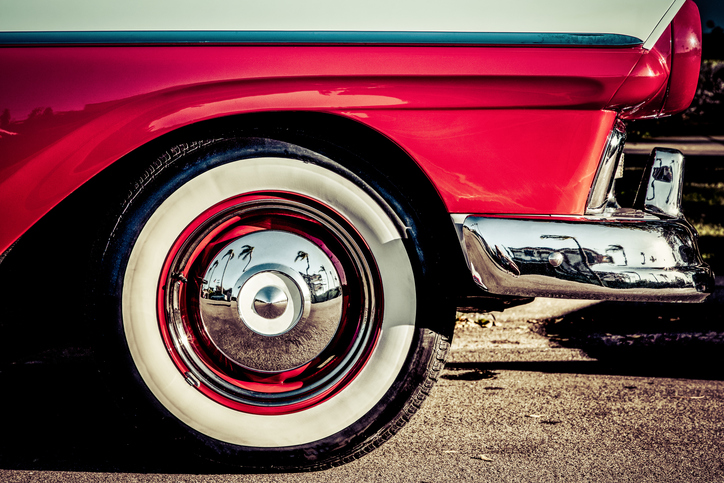 In the US, the Hub is a nickname for the city of Boston in Massachusetts. Like many US cities, numerous movies have been set in the Hub, including Good Will Hunting (1997). You can see the movie trailer here:

A hub is also a piece of steel that has the design for a coin engraved on it in relief and the verb to hub means ‘to stamp a metal blank with a hub.’

The word hubby is not related to hub. It is an informal and affectionate way of saying “husband.” A more recent slang word with the same meaning is “hubster.”

Hub, meaning ‘the solid center of a wheel,’ dates back to the early 16th century. Its origin is uncertain, though most linguists think it may be a variant of hob (side of a fireplace). Both hub and hob seem to have split, in the early 16th century, from hubbe, which originally meant ‘lump,’ ’round protuberance’ or ‘boss.’ Hub was a technical term, only used by people who made or repaired wheels for several centuries, until the rise in popularity of bicycles in the early 19th century made it more common. Since then, its meaning expanded to the central part of other round mechanical objects. The figurative sense, ‘center of interest or activity,’ appeared in the mid-19th century. The first recorded use of this sense was a reference to Boston, which is why the city is still sometimes called the Hub.

See full definition
Learn more about hub in our forums

Hub in other languages