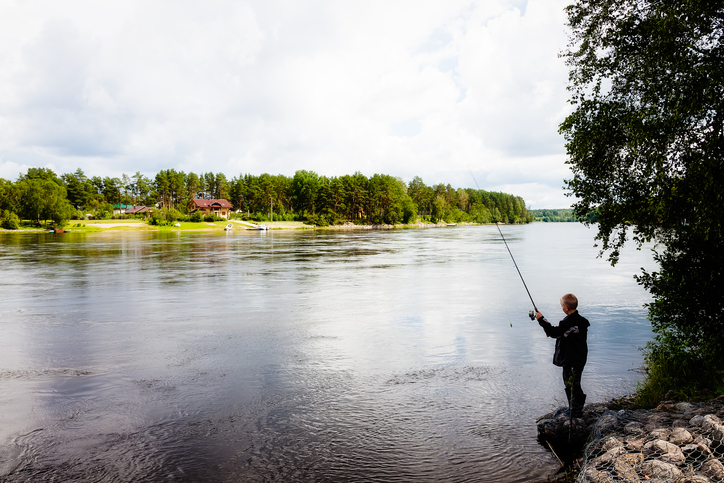 A rod is long straight stick, staff, or wand, or a slim bar or tube, such as you might use for hanging curtains from or draping towels over. You might have heard the term fishing rod, which is a long stick used for fishing. A rod is also a stick with measurements on it used for measuring. It is also a stick or a bundle of sticks bound together and used as an instrument of punishment, although this meaning is now largely historical. As a slang term, rod means ‘penis’ and, in US English, ‘revolver,’ though this last use is also a bit dated. In biology, a rod is a light-sensitive cell in the retina, essential for vision.

make a rod for your own back: do something that is likely to make your own life difficult. Example: “When they were first together, Nancy did everything around the house, so now Bill never thinks of helping out. She’s made a rod for her own back.”

Mainly in US English, a hot rod (or hot-rod) is a car that has been modified to make it more powerful, like the ones you can see in this clip from the movie American Graffiti:

As well as being a stick with measurements marked on it, a rod also used to be a unit of measurement. Originally, the exact measurement varied from region to region, but it was later standardized to 5.5 yards or 16.5 feet (a little over 5 meters). This unit of length was also sometimes called a perch or a pole. Rod was used for an area of land that was equal to a square rod. These measurements are no longer used though.

A rod can also be a ceremonial staff or mace representing power or authority and, by extension, can be used to designate the person carrying the rod. In the UK, Canada, Australia, and New Zealand, Black Rod is the title of a parliament official with various formal and ceremonial duties. You can read more about Black Rod here.

Rod dates back to before the year 1150. The late Old English and Middle English noun rodd, meaning ‘a rod or pole,’ can be traced back to the Proto-Germanic root rudd– (stick or club), and the Proto-Indo-European root reudh-, meaning ‘to clear land.’ It is related to the Old Norse rudda (club). A rod, meaning ‘an instrument of punishment,’ dates back to the mid-12th century; the figurative uses of this sense, for any kind of punishment, appeared around the same time. The meaning ‘a long, flexible pole for fishing’ dates back to the mid-15th century, as does the sense ‘offshoot’ and its figurative uses. The unit of measurement also appeared in the mid-15th century; it evolved from the stick used to measure it. A square rod, meaning an area of one rod by one rod, dates back to the late 15th century. Rod has been used for the name of one of the cells in the retina since the mid-19th century. Finally, rod has been used figuratively as slang for ‘penis’ and for ‘revolver’ since around the year 1900.

See full definition
Learn more about rod in our forums

Rod in other languages