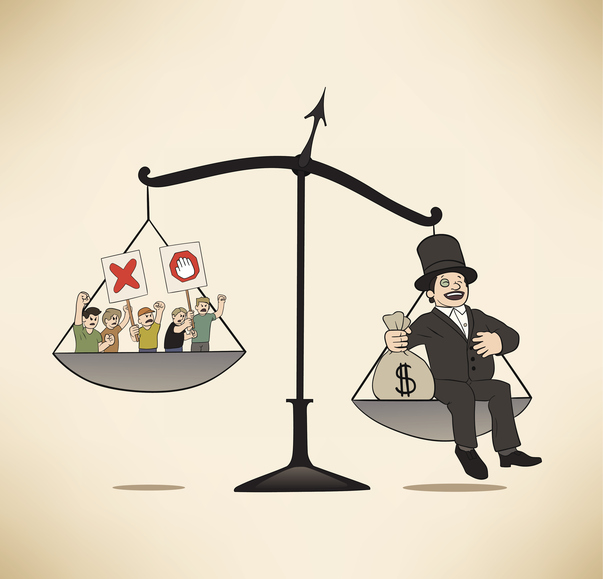 A privilege is a right, an advantage or an exemption, granted to someone in authority, that frees them from some obligations. It is also the condition of enjoying special rights or advantages, because of social status or wealth, for example. A privilege may also be a benefit that is granted to an employee or client of a company or a member of a club. If someone says something is his or her privilege that means it is a source of pleasure or pride to that person. As a verb, often used in the passive, it means ‘to grant a privilege to.’

Privilege is a word that is seen a lot on social media. This is because people commenting on an issue often fail to take into account their own position of privilege when doing so. Most of us don’t think of ourselves as privileged, of course, but as we do not live in a society where everyone is equal, most of us are privileged in some way in comparison to other groups of people. In this case, the privilege is simply not to have to suffer the discrimination that other groups do (even if it is a little sad to think of being free from discrimination as a privilege). So, for example, white privilege is the privilege of not being discriminated against because of the color of your skin and male privilege is the privilege of not being discriminated against because you are a man. When someone makes a comment that others consider to be coming from a place of privilege, they are often told, “Check your privilege,” which is a way of reminding the person that their viewpoint may be distorted by a privilege they enjoy.

Listen to The Weeknd and their song “Privilege”

The related adjective privileged describes someone who enjoys privileges. When used about something, it means that something is restricted to a select group. For example, you might talk about a small group of journalists being given privileged access to the White House.

Privilege dates back to the mid-12th century. The noun, originally meaning ‘grant or commission,’ was first written privilegie, but by late Middle English, the ending had shifted to a single ‘e’. It came into English through the Old French privilege (right, priority or privilege), and can be traced back to the Latin prīvilēgium, which originally meant ‘a law applying to one person or a bill of law for or against one person,’ but also, later, ‘a privilege or prerogative.’ The Latin term is made up of the words privus (individual) and lex (law). In addition to being related to many Romance language terms that derive from the Latin words (the Spanish privilegio and the French privilège) and many legal terms in other languages, privilege is related to English words like private, law and legal. It is important to mention that, while linguists do consider the word to have come into English from French, there are records of the Latin term appearing as such in Old English, because Latin was commonly used in legal matters. The verb dates back to the early 14th century. The Middle English privilegen comes from the noun, but was also influenced by the Old French verb privilegier and the Latin privilegare (which also came from the Latin noun).

See full definition
Learn more about privilege in our forums

Privilege in other languages