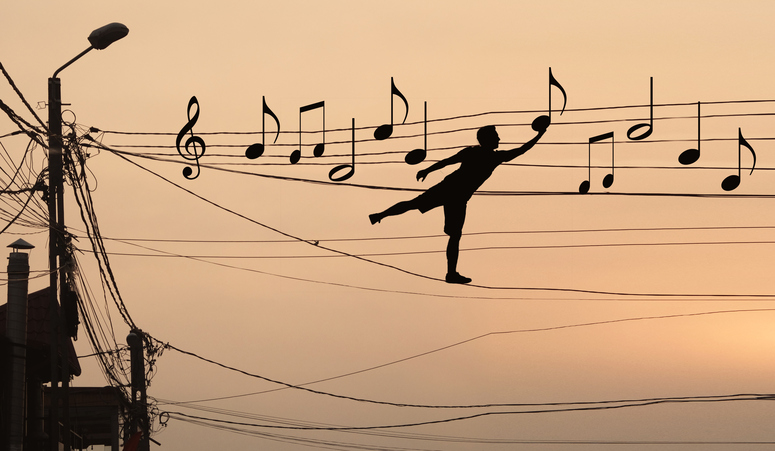 sing a different tune: speak or behave differently, because of a change in circumstances. Example: “James has always been very critical of unemployed people, but I expect he’s singing different tune now that he’s lost his job.”

change your tune: change your opinion. Example: “Did I just hear you praising the boss? Well, you’ve certainly changed your tune. You normally say how much you dislike him.”

call the tune: be in charge. Example: “The company has been taken over, so the new owners will be calling the tune from now on.”

to the tune of: at a cost of. Example: “The star had to pay damages to the tune of thousands of dollars after smashing up his hotel room.”

Although these days televisions and most radios are already tuned and you just need to press a button to go to the station you want (or you can often just watch or listen online), the expression “tune in” is still used. These days, it normally just means “switch on to this show.” You might hear a radio or TV presenter say “Tune in again next week!” for example. Something else a presenter might ask the audience to do is “Stay tuned!” which just means not to change the channel (this is often said before commercial breaks). You can see a clip from a 1992 movie entitled Stay Tuned here:

Tunes is the name of a well-known brand of cold sweets in the UK. You can see one of their adverts from the 1980s here:

Tune dates back to the early 14th century. The noun, meaning ‘a music sound,’ was originally a variant of the noun tone, which came into English from the French ton (musical sound, speech or words) just a short time earlier. It can be traced back to the Latin tonus (‘a sound, tone or accent,’ especially in music) and the Greek tonos, which meant ‘vocal pitch or raising of the voice,’ ‘an accent’ or ‘a key,’ in music, but originally (and literally) meant ‘a stretching, tightening or tight string,’ like you would need on a musical instrument, and was related to toinein (to stretch). It can be traced back to the Proto-Indo-European root ten– (to stretch), and is related to many music-related words in European languages, as well as English words such as tense, tension, thin, tender, rein, retain, entertain, continue, container, extend and even temple. Tune and tone co-existed for a few decades, but soon split their meanings, so that tone is more commonly used when we talk about speaking (though it has added other meanings as well), and tune is more common for music. By the late 14th century, its meaning had expanded to include ‘a melody, or a well-rounded succession of musical notes.’ The sense ‘the state of being in pitch’ appeared in the mid-15th century. The verb comes from the noun, and (meaning ‘to bring into pitch’) dates back to around the year 1500. The meaning related to old radio and television signals dates back to the late 19th century, while the phrases tune in and tune out were first used in the early 20th century.

See full definition
Learn more about tune in our forums

Tune in other languages