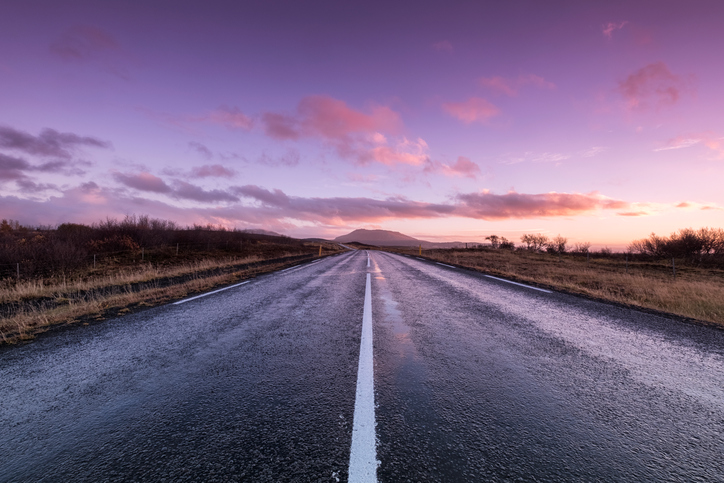 If something is damp, it means that it’s slightly wet. Figuratively, damp also means ‘unenthusiastic or depressed.’ Damp, as a noun, is moisture or humidity. Figuratively, it is a depression of spirits or a discouraging thing, although these meanings are now dated. As a verb, it means ‘to moisten or make slightly wet’ or, if we are talking about a fire, ‘to extinguish’ or ‘to stifle,’ so that it burns very slowly. Figuratively, it can mean ‘to retard the energy or action of something.’

damp down: another way of saying damp when we are talking about the fire. Example: “We’ll be out all afternoon, so we should damp the fire down before we go.”

damp off: to rot because of damp, when we are talking about a plant. Example: “All my seedlings damped off and I had to sow new seeds.”

dampproof (US), damp-proof (UK): to make something resistant to damp.

Rising Damp was a popular 1970s sitcom (situation comedy) on British television. You can see some clips from the show here:

In music a damper is a device used on stringed keyboard instruments to deaden the vibration of the strings or a device on brass wind instruments to mute them. To damp, in music, means ‘to check the action of a vibrating string.’

The figurative senses of the noun, as a depression of spirits or a discouraging thing are no longer used as much. In more recent times, the noun damper or, in UK and Australian English, dampener has come to be used with these meanings, most often in the phrase “to put a damper (or: dampener) on something.” For example, “The news of Martin’s illness put a damper on the celebration.”

Damp, as a noun, dates back to at least the early 14th century, and originally meant ‘noxious vapor.’ Its origin is uncertain. Some linguists think it may be older, and possibly existed in Old English, but no evidence remains. If it wasn’t already present in Old English, the most likely source is West Germanic, possibly the Middle Low German damp. In either case, linguists are fairly certain that the term’s origin can be traced back to the Proto-Germanic dampaz. It is related to the Old High German damph and the German Dampf (vapor), as well as the Old Norse dampi (dust). The sense we commonly use today, ‘moisture or humidity,’ was first used in the early 18th century. The verb comes from the noun and, meaning ‘to suffocate,’ dates back to the late 14th century. The figurative sense, ‘to deaden’ (the spirits, emotions or sound) is recorded from the mid-16th century, while the meaning ‘to moisten’ dates back to the late 17th century (and is therefore slightly older than the related noun sense). The adjective comes from the noun, and dates back to the late 16th century. It originally meant ‘dazed,’ and the more common modern meaning, ‘slightly moist,’ appeared in the early 18th century, around the same time as the noun adopted that meaning.

See full definition
Learn more about damp in our forums

Damp in other languages