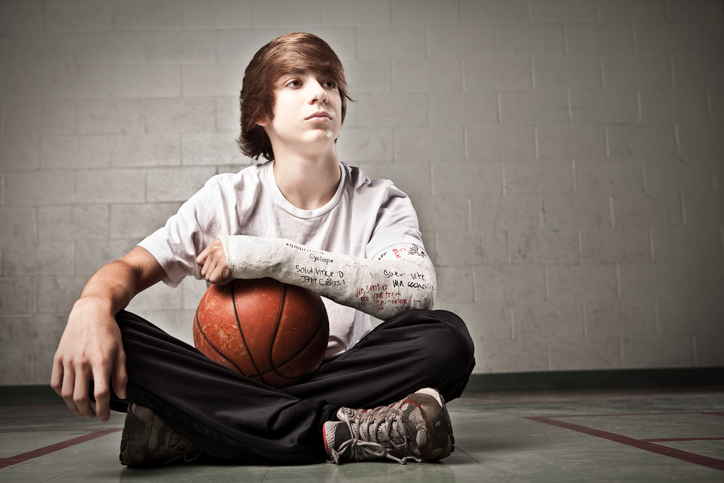 To cast means ‘to throw’, ‘to put forth or send,’ or ‘to cause to fall upon something’ or ‘to drop or shed.’ If you cast an eye or a look, it means you direct it. Cast also means ‘to deposit’ or ‘to put in a place, especially by force.’ As a noun, cast is the act of throwing. It also means ‘kind, quality or sort.’ In medicine, a cast is a rigid covering used to protect broken bones while they heal.’

cast about: to search for something all around you. Example: “The rock climber cast about for a handhold that would save him from falling.” This can also be used figuratively. Example: “At her job interview, Lisa was casting about for something she could say to impress the panel.”

cast away: to throw something away from you. Example: “Paul checked his phone again and, seeing there was still no message, cast it away.” To cast away can also mean to shipwreck. Example: “The ship went down in the storm, and Emily was cast away.”

cast off: to discard or reject. Example: “The star has cast off all the people he knew when he was growing up.” As a nautical term, cast off means to undo the ropes holding a ship or boat to its mooring. Example: “Everything was ready and the captain gave the order to cast off.”

cast out: to force out or expel. Example: “The priest cast the demons out of the temple.”

cast a spell: to make a spell or to put a spell on someone. Example: “Harry cast a spell to make his enemies forget they had seen him.”

A castaway is someone who has been shipwrecked. You can see the trailer for the movie Cast Away, starring Tom Hanks, here:

Cast on and cast off are knitting terms used respectively to refer to setting yarn on a needle to begin knitting and to making the final stitches to complete a piece of knitting.

In show business, to cast means ‘to choose an actor for a role’ or ‘to choose the actors for a movie or play.’ The related noun casting is the process of doing this.

Cast dates back to the late 12th century. The Middle English verb casten originally meant ‘to throw, throw violently, fling or hurl,’ and came into English from a Scandinavian source, possibly the Old Norse kasta (throw), though its origin before then is unknown. It is related to the Swedish kasta, the Danish kaste and the North Frisian kastin (all meaning ‘to throw’). In its original meaning ‘to throw,’ cast replaced the Old English verb weorpan. Nowadays, we use throw for this sense, instead of cast, but cast maintains some of its throwing-related senses, including when we talk of casting a glance (13th century), casting a fishing line (17th century), and the meanings ‘to emit or give out,’ ‘to throw to the ground’ and ‘to shed or throw off,’ all of which appeared around the year 1300. The meaning ‘to calculate or chart a course’ is also from around the year 1300, and expanded to include ‘to calculate astrologically’ in the 14th century. The sense ‘to form into a mold’ dates back to the late 15th century, while the show-business sense, ‘to choose an actor for a role,’ dates back to the early 18th century. The noun comes from the verb, and dates back to the mid-13th century. It originally meant ‘a throw’ or ‘the act of throwing,’ and was especially said about dice. This use led to figurative senses related to fate or fortune, while the sense of ‘a throw’ led to other figurative senses related to the form of something thrown. By the 17th century, many of these had converged into the general sense of ‘style, sort of kind.’ The meaning ‘model taken from an impression of an object’ dates back to around the year 1500, and this sense expanded, in the late 19th century, into the ‘plaster mold’ used in medicine for a broken bone.

See full definition
Learn more about cast in our forums

Cast in other languages