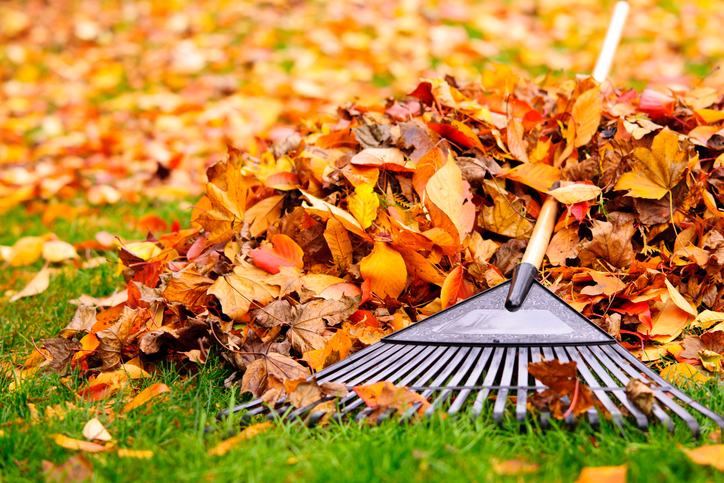 A rake is a gardening tool, long-handled and with three or more teeth or tines used to gather leaves, hay, or grass, or for smoothing the surface of the soil. As a verb, it means ‘to smooth, clear, or prepare a surface with a rake’ or, often followed by up or together, ‘to gather together with a rake.’ Figuratively, usually followed by up, it means ‘to bring something to light or to someone else’s attention,’ especially if that something is better forgotten. Rake also means ‘to scratch or scrape’ or if we are talking about guns or gunfire ‘to spray bullets along the length of something.’

rake it in: to make a lot of money. Example: “I see Jim’s bought a new car and several designer suits since he got that new job; he must be raking it in.”

A rake is also a man who lives in a way considered to be irresponsible or even immoral, especially a man who drinks a lot and has a lot of love affairs. This meaning is very dated now, but you will still come across it in old movies, books, and songs, like “Rake and Ramblin’ Boy” by Joan Baez, which you can listen to here:

Rake dates back to before the year 900. The Old English noun ræce, which became raca (masculine) or racu (feminine) before evolving into rak(e) in Middle English, originally meant ‘a toothed hook for scraping or pulling things together.’ It may have come into English from the Old Norse raka (to scrape or rake), or another Germanic language. It can be traced back to the Proto-Germanic root rak (to gather or heap up) and the Proto-Indo-European root reg– (to move in a straight line or to direct into a straight line). It is related to the Old High German rehho, the German Rechen (both meaning ‘a rake’) and the Gothic rikan (to heap up or collect), as well as the Greek oregein (to reach or stretch out) and the Latin regere (to direct or rule,’ or ‘to keep straight or guide’), along with many words in other languages derived from Latin or Greek, including the English words address, direct, dress, rack, rail, rank, rule, right and surge, and even the names Henry, Eric and Frederick. Rake, meaning ‘an idle or dissolute person, or a debaucher’ (usually used for men) dates back to the mid-17th century, and is a shortening of rakehell (mid-16th century). This term is a variation on the Middle English adjective rakel (headstrong, rash or hasty) from the verb raken (to proceed or go), so we could say it is unrelated. Some linguists, however, think that the alteration is due to an association with the words rake and Hell, so it may be related after all. The verb, meaning ‘to clear using a rake’ or ‘to gather using a rake,’ dates back to the mid-13th century. It may come from the noun, or from an older (now lost) verb with the same origin. It has been used to describe gunfire since the mid-17th century.

See full definition
Learn more about rake in our forums

Rake in other languages