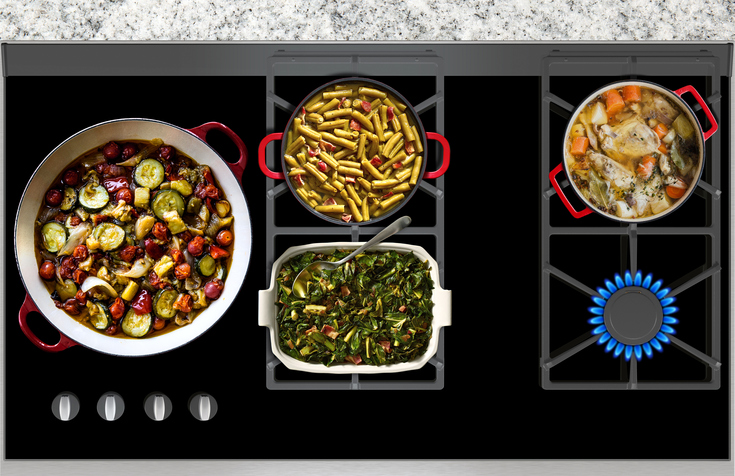 In UK English, a hob is the flat top part of a cooking stove or a separate flat surface with burners that we use for cooking. It is also a projection at the back or side of a fireplace used for keeping food or other things warm, although this sense is not much used anymore. In games like quoits, a hob is a rounded peg or pin used as target and also the name of a game in which these things are used. In folklore, hob is short for hobgoblin, which is a mischievous mythical creature.

play hob with something (US): cause mischief to. Example: “Stacking the winter firewood plays hob with Mick’s back.”

raise hob (US): behave disruptively. Example: “The protestors were raising hob outside the courthouse.”

Quoits is an old game, traditionally played with metal rings that the players throw at the hob, a peg set in the ground. However, it can also be played with rope hoops or even rubber bands and the target can be almost anything, according to what is available. Like many traditional games, quoits is no longer played as much as it once was, but you will sometimes find quoit grounds in pub beer gardens in the UK or the outdoor spaces of bars in the US. You can see it being played in this video:

There is also a recent video game called hob; you can see its launch trailer here:

Hob or Hobbe is also a variant of Rob, short for Robert or Robin, though it is now very rare.

In folklore, hobs were often thought to be attached to households. Although mischievous, they would also help with chores and thus be useful. However, if a householder did something to offend the house hob, they could cause all sorts of mischief and make life very troublesome for everyone. Hobs were bound to the households they belonged to and unable to leave unless a member of the household presented them with a set of clothing, which symbolized the hob’s freedom.

Hob, originally meaning ’rounded peg used as a marker in games’ dates back to the late 16th century. Its origin is uncertain, but linguists think it is a variation of the Middle English hubbe, from the early 16th century. Hubbe, meaning ‘lump or protuberance,’ is thought to have given us both hob and hub, but its origin before then is unknown. The sense ‘projection or shelf at the side of a fireplace’ dates back to the late 17th century. Unrelatedly, hob, meaning ‘a clown or prankster,’ dates back to the early 16th century. It is short for hobgoblin, which appeared around the same time. Hobgoblin is a compound made up of the words hob and goblin. Hob was, for a short period, a colloquial name for an elf, because the nickname Hob or Hobbe, short for Robin, was associated with Robin Longfellow, a well known mischevious elf from German folklore. The expressions play hob and raise hob are both from the early 19th century.

See full definition
Learn more about hob in our forums

Hob in other languages