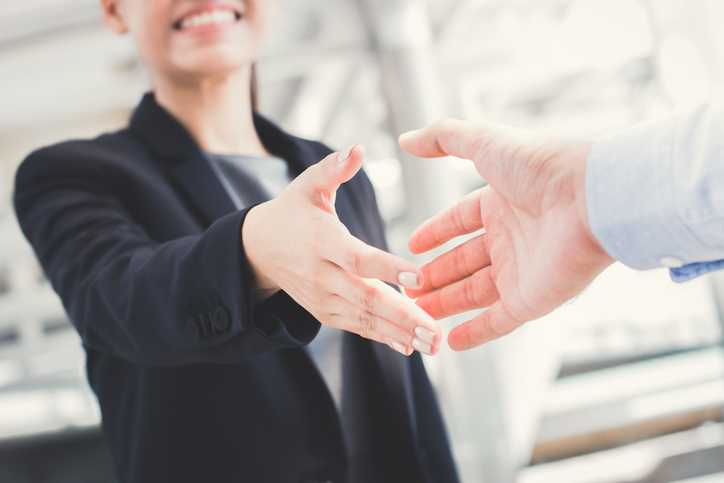 A clasp is a device that fastens two or more things together. It is also a firm grasp of the hand or a tight hug or embrace. As a verb, to clasp means ‘to fasten with a clasp.’ It also means ‘to grasp with the hands’ or ‘to hug or embrace.’

You can listen to Jethro Tull’s song “The Clasp” here:

As a military term, a clasp is a bar or decoration of metal fixed to the ribbon of a military decoration to indicate that the bearer has been awarded that decoration an additional time.

Clasp and grasp are quite similar in usage. When talking about taking hold of something firmly with your hand, they can be used interchangeably. However, clasp is more commonly used in the sense of embrace, both as a verb and as a noun, and you cannot use grasp for the device that fastens two things together or the verb that means ‘to fasten something with such a device.’

Clasp dates back to the late 13th century. The Middle English noun claspe, which originally meant ‘a metal hook or catch used to hold something together,’ probably emerged as a variation of clapse, which either came from or is related to the Old English verb clyppan (‘to fasten together or hold together using pressure,’ as well as ‘to embrace’). This variation may have occurred because of its similarity to the Middle English noun hasp or haspe (a fastening or clamp). Clyppan can be traced back to the Proto-European verb kluppjan. It is related to the Old Frisian kleppa (to embrace or love), the Old High German klaftra and the German klafter (‘fathom,’ playing on the idea of outstretched arms), and the Lithuanian glebys (armful) and glomti (to embrace), as well as the English word clip. The sense ‘a clasping or grasping’ appeared around the year 1600. The verb comes from the noun and, meaning ‘to furnish with clasps or buckles,’ dates back to the late 14th century. The senses ‘to fasten together with a clasp,’ ‘to shut’ and ‘to catch and hold by embracing’ all appeared around the year 1400.

See full definition
Learn more about clasp in our forums

Clasp in other languages