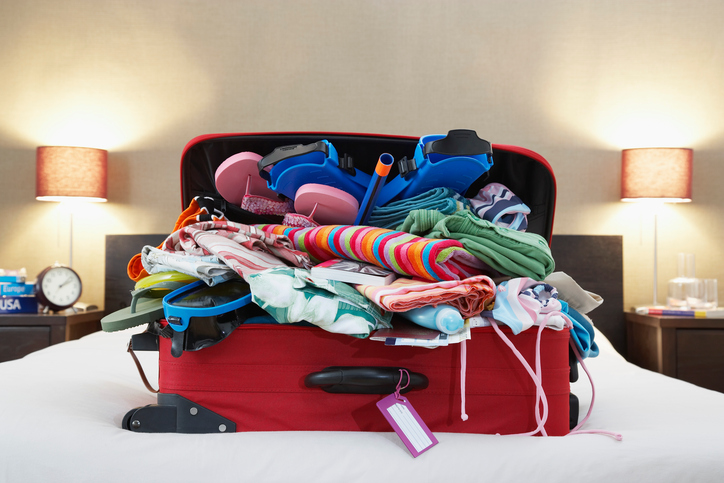 To cram means ‘to fill something by force with more than it can easily hold’ or ‘to force or stuff something.’ When we are talking about people going into a limited space, it means ‘to crowd.’ Informally, if you study for an exam at the very last minute trying to memorize facts, then you’re cramming. Cram is not used often as a noun, but when it is, informally, a cram is a crowd of people or the act of cramming for an exam.

Colloquially, in modern usage, a cram is a short video summary of something, like a long-running TV series. You can see a cram of The Walking Dead here:

A cram school or crammer is an institution where students are intensively prepared to pass an exam or exams. However, these terms aren’t used much anymore in English speaking countries, as cramming is generally viewed negatively, because, although useful for passing exams, it is usually not a learning style that leads to long-term retention of facts. In the US, you are most likely to hear the terms “tutoring services” or “test preparation center.” In Australia, they have “coaching colleges.” In the UK, there are no longer specific establishments offering cramming, but many educational establishments offer some intensive courses and there are many organizations and individuals offering private tutoring. In the Republic of Ireland, “grind” schools prepare students for the school Leaving Certificate.

Cram dates back to before the year 1000. The Old English verb crammian, which later became the Middle English crammen, originally meant ‘to stuff or press something into something else,’ and was related to the earlier verb crimman, which meant ‘to put in.’ It can be traced back to the Proto-Germanic root kram– or krem-, and the Proto-Indo-European root ger- (to gather together or assemble). It is related to the Old High German krimman (to press or pinch), the Old Norse kremja (to squeeze or pinch) and the Icelandic kremja (‘to squeeze or crush,’ or ‘to bruise’), as well as the Sanskrit gramah (heap or troop), the Greek ageirein (to assemble) and agora (assembly), the Latin gremium (bosom or lap), the Old Church Slavonic grusti (handful) and gramota (heap), the Lithuanian gurgulys (chaos or confusion) and gurguole (crowd or mass). Quite a few modern terms related to these survive, including the English words gregarious, segregate, congregate, egregious and aggregate, and even the name Gregory. The meaning ‘to study for an exam’ originated in the early 19th century, as UK slang. The noun comes from the verb and, though rare, has been used since the 15th century.

See full definition
Learn more about cram in our forums

Cram in other languages