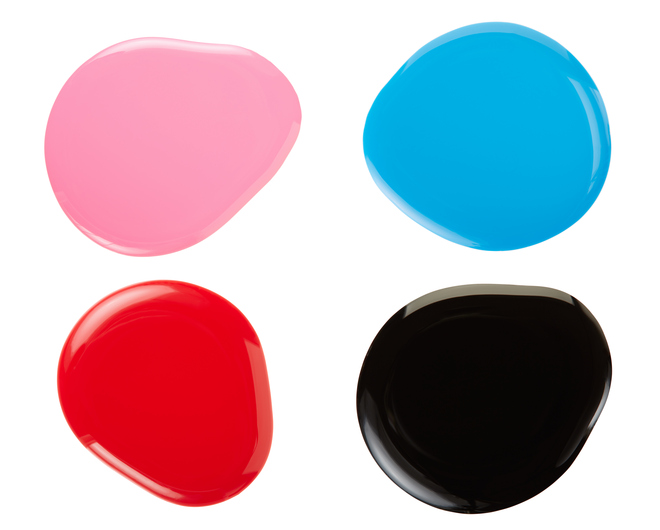 A blob is a lump of thick, liquid substance or any other small lump, drop, or splotch. An object with no distinct shape or definition is also a blob, especially if it’s a large one. Informally and always quite pejoratively, we use blob to talk about people. A person who’s boring and uninteresting can be a blob, and so can a fat person.

The Blob is the title of a 1958 horror movie. You can see the trailer for it here:

In computing, BLOB is an acronym for binary large object, a type of data that allows for the storage of binary data of indeterminate length in a database.

In the UK, if a woman tells you she is “on the blob” that means she has her period.

Blob dates back to the early 15th century. It appeared in late Middle English, probably through imitation of the sound a drop of liquid would make. It first appeared as a verb, meaning ‘to make or mark with blobs,’ but this verb has since fallen out of use. The noun, meaning ‘a bubble or blister,’ comes from the verb and dates back to the early 16th century. The sense ‘a drop or globule’ appeared in the early 18th century. Because its origin is imitative, it is not really related to any words in any languages, but other, similar words in English that have been formed the same way include plop, glob and bubble. If fact, a few linguists suggest that the shift from verb to noun is due to some form of a relation with bubble, though other than the 16th century meaning of the noun, there’s not enough evidence to prove it.

See full definition
Learn more about blob in our forums

Blob in other languages