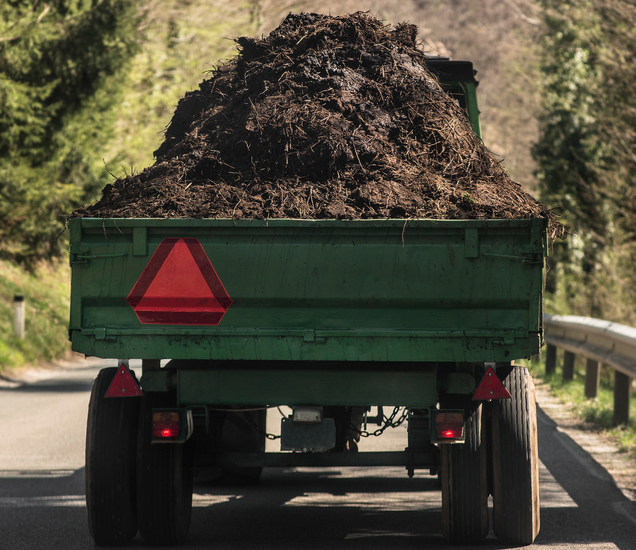 Muck is farmyard waste or animal excrement, which is often used as fertilizer. More generally, mud, dirt, or filth can be called muck as well. Mainly in UK English, something of poor quality, especially food, can be called muck. As a verb, to muck means ‘to make dirty’ or, now usually followed by out, ‘to clear the muck from.’

make a muck of something: bungle, make a mess of. Example: “The new trainee has made a muck of this project. I’m going to have to completely redo it.”

muck something up: bungle, make a mess of. Example: “I tried to put the new bookcase together, but I mucked it up. It collapsed as soon as I put the first book on it.”

muck about, muck around: waste time. Example: “The teacher told the students to stop mucking around and do some work.”

Lord Muck, Lady Muck (UK, AU): a pejorative term, used to describe someone seen as thinking he or she is better than others. Example: “Look at Lord Muck over there! He thinks he’s too good to talk to us now he’s got that promotion.”

muck in (UK): participate, help out. Example: “It’s a lot of work, but if we all muck in, we should get it finished by the end of the day.”

Listen to Frank Zappa’s song “A Tunnel into Muck” here:

The related verb to muckrake means ‘to search and expose for evidence of corruption or scandal’ and the noun muckraking is the action of doing this. Example: “The politician tried to defeat his opponent by muckraking.”

In UK English, the related noun mucker comes from muck in, meaning to work together or help one another, and it means ‘a friend or someone you often do things with.’ Originally military slang, it is now dated, although you still hear it occasionally. When it is used nowadays, it is almost always preceded by “old.” Example: “‘How are you my old mucker?’ Dan said when he met Glenn in the street.”

Don’t confuse muck with mock. The difference is only one letter, but the two words are pronounced differently and have very different meanings. To see what mock means, check it out here.

Muck dates back to the mid-13th century. The Middle English noun muc or muk originally meant ‘cow dung,’ usually when used as manure, but soon expanded to include any other kind of dung or even vegetable matter, when used as manure. It came into English from a Scandinavian source, probably the Old Norse myki or mykr (cow dung), though some linguists also think that it could have been the Danish møg (also ‘cow dung’). Either way can be traced back to the Proto-Germanic root muk– or meuk- (soft). The more general sense of ‘mud, dirt or filth’ first appeared around the year 1300. The verb comes from the noun and, meaning ‘to remove manure’ as well as, more generally, ‘to dig in the ground,’ dates back to the late 14th century. The meaning ‘to make dirty’ was first used in the early 19th century. The expression to muck about or around appeared around the mid-19th century, while muck up, meaning ‘to make a mess of something,’ dates back to the late 19th century.

See full definition
Learn more about muck in our forums

Muck in other languages