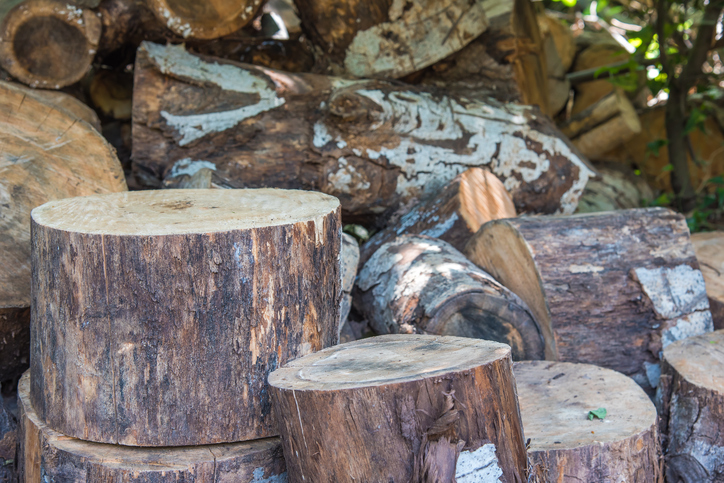 A chump is an informal term that means ‘a person easily fooled’ or simply ‘a fool’. As a slang term, it means ‘head.’ Chump is also a short, thick piece of wood or, sometimes as chump-end, the thick end of something, especially a loin of lamb or mutton. Unrelatedly, to chump is a less common variant of ‘to chomp’, meaning ‘to bite, chew, or munch.’

off your chump (UK, dated): crazy. Example: “You’re going to ask the boss for a raise when our department has just had its budget cut? You must be off your chump!”

chump change (US): an amount of money considered small or insignificant. Example: “It may seem like chump change to you, but I just can’t spend hundreds of dollars on a vacation right now.”

Chump is now somewhat dated. You would be most likely to hear it now in the sense of a fool or someone easy to fool, especially in the US, but even in that sense it is used less frequently than it once was. Nevertheless, you will still hear it sometimes. You would be unlikely to come across the other meanings in contemporary speech, but you might find them in literature from the nineteenth or early twentieth century.

Chump, meaning ‘a short, thick lump of wood,’ dates back to around the year 1700. Its origin is uncertain, but most linguists think it may have emerged as a blend of chunk and lump. Chunk is, itself, a variant of chuck (meaning ‘piece of wood’ or ‘piece of meat’), and chuck is a variant of chock (piece of wood or block), which came into English in the mid-17th century from the Old North French choque (block), from the Old French çoche (log), which probably originated in the Gaulish tsukka (tree trunk or stump), which is as far as that theory can be traced back. Other linguists think it emerged as a variant for chub, which dates back to the mid-15th century, and is a type of fish, but was also used to describe a lazy or overweight person (that’s where the adjective chubby came from). The verb, meaning ‘to chew loudly,’ is a variant of chomp, with the same meaning, and dates back to the mid-19th century. Interestingly, chomp itself is a variant of the verb champ, with the same meaning, and appeared in American English in the mid-17th century. Champ, meaning ‘to chew loudly,’ dates back to the early 16th century, and probably originated as an imitation of the sound of loud chewing.

See full definition
Learn more about chump in our forums

Chump in other languages