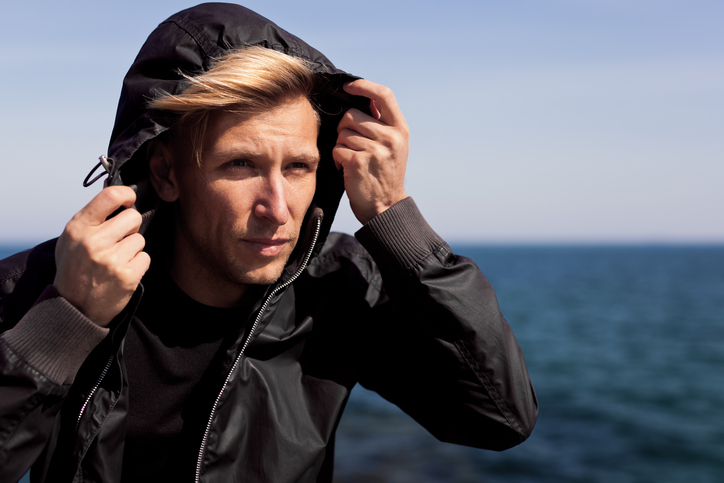 A hood is a soft flexible covering for the head and neck, and anything that resembles this is also called a hood. In US English, the hinged movable part, usually at the front of an automobile body, covering the engine is a hood (in UK English, that part is called a bonnet). The verb to hood means to cover with a hood. Unrelatedly, hood is a slang term for a hoodlum, a street criminal, and, mainly in US English, for a neighborhood.

You may have heard of Robin Hood, a hero of English folklore, reputed to have robbed the rich to give to the poor. There have been many movies made about the legend. Here is the trailer for the 2010 version starring Russel Crowe:

A hood is also a crest or band of color on the head of certain birds and animals.

Hood dates back to before the year 900. The Old English noun hōd, which became hode in Middle English, meant ‘a hood or soft covering for the head.’ It can be traced back to the Proto-Germanic hodaz and the Proto-Indo-European root kadh– (to cover). It is related to the Old Saxon and Old Frisian hod (hood), the Middle Dutch hoet and Dutch hoed (hat), the Old High German huot (helmet or hat) and German Hut (hat), and the Old Frisian hode (guard or protection), as well as the English word hat. The noun’s modern spelling, hood, dates back to around the year 1400. In the 17th century, the meaning expanded to a part of an animal or anything on an object that looked hood-like. Hood became the name for the foldable cover of a carriage (to protect the occupants) in the early 19th century, and the sunshade of a baby carriage in the mid-19th century. The part of a car that covers the engine has been called a hood, mostly in the US, since the early 20th century. The verb comes from the noun and, meaning ‘to put a hood on,’ dates back to around the year 1200. The meaning ‘to furnish with a hood’ appeared around the year 1400. The noun hood, as slang for gangster, is short for hoodlum, and appeared in American English in the 1930s. Hood, as a colloquial word for neighborhood, is also from American English, and was first used in African American communities in the 1980s. Finally, the suffix –hood, used to create nouns for ‘the state or condition’ of something, dates back to before the year 900. The Old English suffix -hād (-hode or –hod in Middle English), was used for nouns describing a quality, condition or position. It can be traced back to the Proto-Germanic haidus (‘manner or quality,’ literally meaning ‘bright appearance’) and the Proto-Indo-European root (s)kai- (bright, shining). In Old English, hād was originally a free-standing word meaning ‘condition, state or nature,’ ‘person, individual, character or individuality,’ or ‘sex, race, family or tribe.’ This word survived into the Middle English hode and the Early Modern English hade (meaning ‘state or condition’ as well as ‘person’), but it became obsolete in the 14th century.

See full definition
Learn more about hood in our forums

Hood in other languages