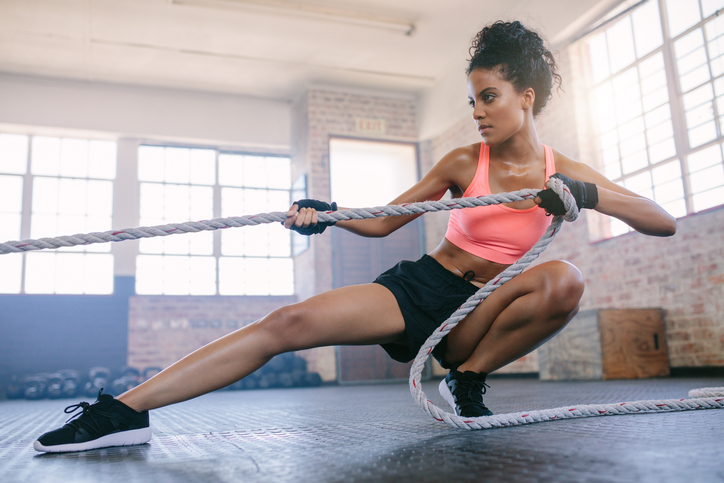 To strain means ‘to draw tight‘ or ‘to use your effort or strength as much as possible.’ If you strain a muscle, it means that you stretched it too much. Strain also means ‘to make excessive demands on.’ As a noun, a strain is any force that tends to fracture, break, or alter shape, any strong physical effort, or pressure or tension caused by fatigue. An injury to a muscle is also a strain. Unrelatedly, a strain is a group of descendants with a common ancestor and also a hereditary or natural characteristic or tendency.

Listen to Joy Division’s song “The Only Mistake,” from their 1981 album Still, here:

Listen out for the chorus lyrics “Strain, take the strain, these days we love.”

A strainer is a filter used for separating liquids from solids. Therefore, to strain means ‘to pass through a strainer’ or ‘to draw off liquid by means of a strainer.’

In music a strain is a distinct section of a piece of music or, more broadly, any melody or tune. Strain can also be used to mean ‘a style or tone that is used throughout something, especially a piece of writing,’ so you might say, for example, “Bill’s email was in a humorous strain.”

Strain, meaning ‘to tie, fasten or bind’ dates back to around the year 1300. The Middle English verb streyen came into English from the Old French verb estreindre (to bind, clasp or squeeze), and can be traced back to the Latin stringēre (to draw tight, bind, compress or press together) and the Proto-Indo-European root steig-, meaning ‘to stroke, rub or press.’ It is related to the Lithuanian strėgti (to congeal, freeze or become stiff), the Greek strangein (to twist), the Old High German strician (to mend nets), the German stramm and Dutch stram (stiff), and the Old English streccian (to stretch), as well as English words like stretch and stiff. The sense ‘to press a liquid through a filter’ (to separate the solids from it) dates back to the early 14th century. The meaning expanded in the late 14th century to ‘include ‘to tighten or make taut,’ as well as ‘to exert or overexert yourself or a body part, ‘ and by the mid-15th century, it was also used figuratively to mean ‘to carry too far,’ ‘to stress beyond measure’ and ‘to make a forced interpretation of something.’ The noun, meaning ‘injury caused by straining,’ dates back to the early 15th century, and comes from the verb. The noun meaning ‘a passage of music’ dates back to the mid-16th century, and probably originated as a figurative take on ‘tightening’ the voice, a reference to tightening the chords of a musical instrument. The unrelated noun strain (‘a group of descendants’ or ‘an inherited trait’) dates back to before the year 900. The Old English noun striōn or streōn originally meant ‘a gain, acquisition or treasure,’ as well as ‘a procreation or begetting.’ By around the year 1200, the Middle English noun had become streen, strene, streon or even istreon, and the sense had changed to ‘lineage, breed, ancestry or line of descent.’ It can be traced back to the Proto-Germanic compound streu-nam-, meaning ‘to pile up,’ from the Proto-Indo-European root streu-, from stere– (to spread). The sense extended to ‘race, stock or line’ in the 14th century, and has been used for animal species since the 16th century.

See full definition
Learn more about strain in our forums

Strain in other languages