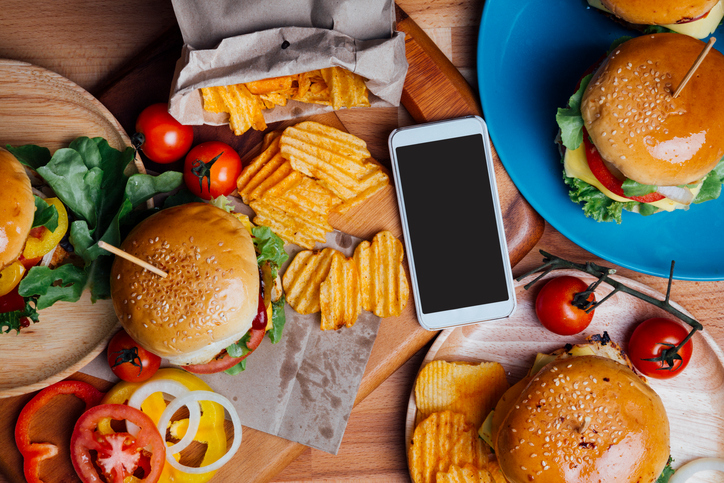 A grub is the thick-bodied, sluggish young of certain insects such as the beetle. As a slang term, grub means food. The verb to grub means ‘to dig out of the ground,’ in this sense it is often used with up, or ‘to have a laborious life or do laborious work.’ Informally, it means ‘to search by digging or as if by digging.’

grub’s up: an informal way of saying that food is ready to be eaten. Example: “Come on everyone; grub’s up! Eat up while it’s still hot.”

Grub is always an important element of children’s stories, which always seem to feature lots of feasts and picnics. In this clip from the movie adaptation of The Sorceror’s Stone, you can see Harry Potter and the other students of Hogwarts tucking into lots of grub in the Great Hall:

As a verb, to grub can also mean ‘to eat’ or ‘to provide with food.’ Both these meanings are now dated, but you might come across them in old books.

Grub dates back to the late 13th century. The Middle English verb grubben originally meant ‘to dig in the ground.’ It is thought to have come into English earlier, from the West Germanic grubbjan, and the Proto-Indo-European root ghrebh– (to dig, bury or scratch). This means that it would have existed in Old English as well; the verb was not recorded in Old English, but linguists suggest that it would have been grybban or grubbian, based on how English evolved in that period. It is related to the Middle Dutch grobben, Old High German grubilon (to dig or search), the German grübeln (to meditate or ponder, or rack the brain), and the Old Norse gryfia (hole or pit), as well as the English nouns grave and groove. The transitive sense, ‘to dig something up’ or ‘dig up by the roots’ dates back to the mid-16th century. The noun probably comes from the verb, and there is evidence of it, as grubbe, in Middle English in the early 15th century, but some linguists think it may have existed before then, even in Old English, despite a lack of written evidence. Other linguists have also suggested that the “unrelated” Middle English grub, which meant ‘dwarfish person’ and dates back to the late 14th century, may be related, or even the origin, though most disagree. Grubbe originally meant ‘the larvae of some insects,’ or simply ‘digging insect.’ The figurative sense ‘food’ dates back to the mid-17th century, based on the image of birds eating actual grubs.

See full definition
Learn more about grub in our forums

Grub in other languages