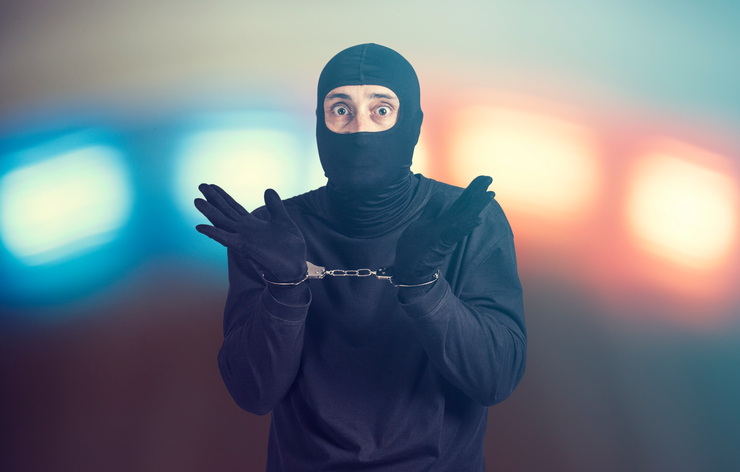 Fink is a US slang term. It can be an informer, someone who gives information to authorities, a strikebreaker, or a labor spy. A contemptible or unattractive person can also be called a fink, though this sense is now obsolete. As a verb, to fink means ‘to inform to the police’ or ‘to act as a strikebreaker.’

fink out: withdraw from or renege on something. Example: “Steve said he’d lend me his motorcycle, but he finked out.”

Fin Greenall, known professionally as Fink, is a singer from Cornwall, in the South West of England. You can listen to his song “Word to the Wise,” from his 2017 album Resurgam, here:

Informally, in British English, think is sometimes pronounced like fink, especially in accents from London and South East England. In such accents, the “th” sound is replace by an “f,” “v,” or sometimes a “d” sound as this short video will tell you, along with other tips on how to do a cockney accent:

Fink dates back to the early 20th century, probably between the years 1900 and 1905. Its origin is uncertain, but most linguists think it came from the German Fink, which literally means ‘finch,’ but was also used figuratively to mean ‘informer’ or ‘a frivolous or dissolute person.’ If so, it can be traced back to the proto-Germanic noun finkiz, and probably originates as an imitation of the bird’s call. In this case, fink would be related to the Middle Low German and Middle Dutch vinke, the Dutch vink and the Old High German finco, all meaning ‘finch,’ as well as (of course) the English finch, and it may be loosely related to the Breton pint (chaffinch) and the Russian penka (wren). Some linguists, however, trace the origin to a variation on Pinks, short for the Pinkerton agents, which were a private police force hired to break up the Homestead strike, which became a massacre, in Pennsylvania (US) in 1892. The verb comes from the noun, and dates back to the 1920s. Like the noun, it originated as US slang and became popular around the world because of its use in gangster films.

See full definition
Learn more about fink in our forums

Fink in other languages