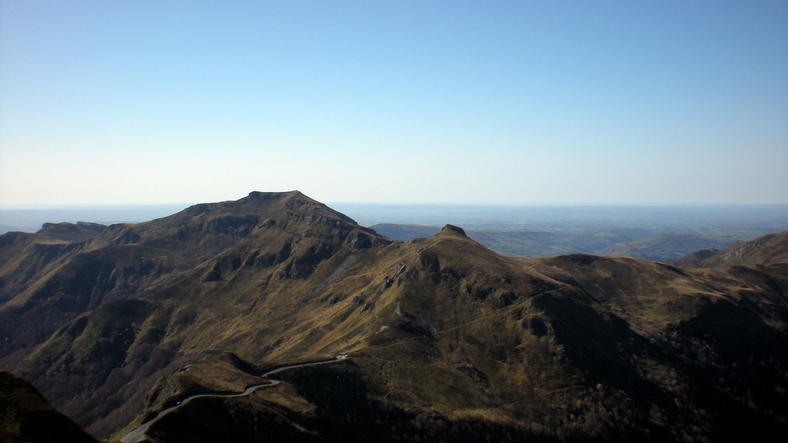 A ridge is a long, narrow elevation of land or a chain of hills or mountains, and also the long and narrow upper edge or crest of something. Any raised strip on clothing or any raised margin on a bone, tooth, or membrane is also a ridge. The back of an animal can be called a ridge and, in meteorology, a narrow, elongated area of high pressure is a ridge.

Hacksaw Ridge is the title of a 2016 movie. You can see the trailer here:

If you are still not quite sure what a ridge looks like, watch this footage of a climber tackling East Ridge at Kyrkjetaket, in Romsdalen, Norway:

A roof finial is an ornament designed to sit on the ridge of a roof, like the one you can see here:

Ridge dates back to before the year 900. The Old English noun hrycg (pronounced in a similar way to how we say ridge today), originally meant ‘the back of a man or a beast.’ It can be traced back to th Proto-Germanic hrugjaz, possibly from the Proto-Indo-European root kreuk-, an extended form of sker– (to turn or bend). It is related to the Old Norse hryggr (back or ridge), the Old Frisian hregg, the Old Saxon hruggi, the Dutch rug, the Old High German hrukki and the German Rücken (all meaning ‘the back’). The sense ‘the top, crest or edge’ of something has been around since Old English; it was originally a figurative take on how the spine stands out in the back of a person or animal. By Middle English, the spelling had changed to rigge, and the -dg- spelling has been used since the late 15th century.

See full definition
Learn more about ridge in our forums

Ridge in other languages