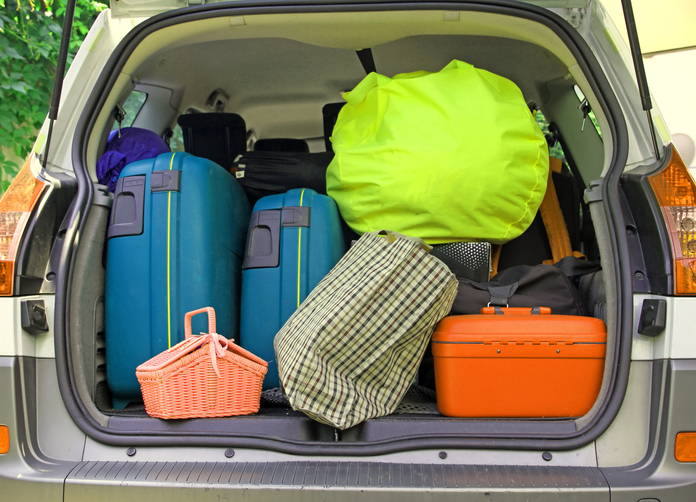 stow away: conceal yourself on some form of transport (especially on board a ship) in order to travel without paying. Example: “The young man dreamed of going to the New World to make his fortune, but he had no money to pay his passage; therefore, he decided to stow away.”

A stowaway is a person who stows away — who hides on a form of transport in order to travel for free. You can see the trailer for the 1936 movie Stowaway, about a little girl who accidentally becomes a stowaway on a ship, here:

Stow is also an interjection, used by falconers to call their birds.

Stow, meaning ‘to put or place something somewhere’ dates back to the early 14th century. The Middle English verb stowen comes from the Old English verb stōwigan (to hold back or restrain), a verb created from the Old English noun stōw, meaning ‘a place, spot or site’ (we can find traces of it today as the ending of many place names in England). It can be traced back to the Proto-Germanic root stowo- and the Proto-Indo-European root sta- (to stand, make or be firm). It is related to the Old Frisian sto (place), the Middle Low German and Middle Dutch stouwen, the Dutch stuwen (all meaning ‘to stow’), the Old High German stouwen (to stop or check) and the German stauen (to stow or pack, or to bring to a halt or hem in), as well as the Old Church Slavonic stavljo (to place), the Lithuanian stoviu, stovėti (to stand), and English words like stand, strong, store and stout. The nautical sense, ‘to store, put away or pack’ first appeared in the mid-16th century, probably through the influence of the Dutch verb stoywen, meaning ‘to cram or pack close together.’ The verbal phrase stow away has been used since the late 18th century, and the noun stowaway appeared in the mid-19th century.

See full definition
Learn more about stow in our forums

Stow in other languages