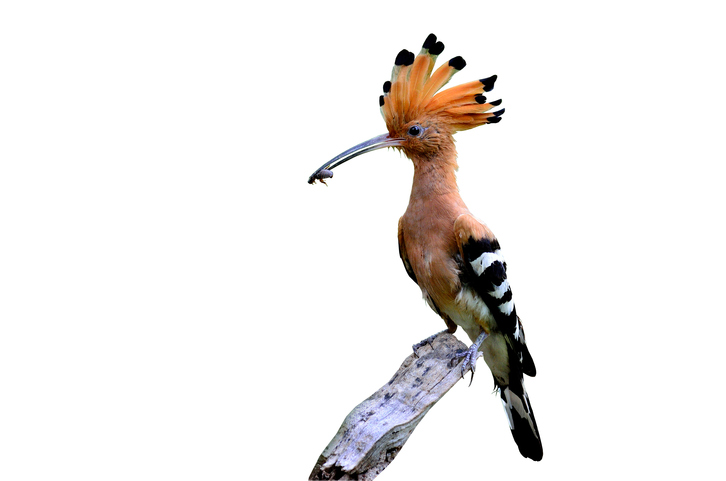 The crest is the highest part of a hill or a mountain and, more generally, the top of anything. Figuratively, it is the highest point or level of something. In a river, the crest is the point of highest flood and, in the ocean, it is the foamy top of a wave. In zoology, the crest is a natural growth on the top of an animal’s head. It can also be a tuft of feathers or something similar worn as an ornament on a helmet or headdress. As a verb, it means ‘to form or reach a crest’ and, figuratively, ‘to reach the highest point.’

Crest of the Wave is the US title of a 1954 British movie (the British title is Seagulls over Sorrento). You can see the movie trailer here:

There is also a song called “Crest of a Wave,” by Rory Gallagher, which you can listen to here:

Related to the sense of a crest as the feathers on top of a bird’s head, crest can be used figuratively to mean pride or self-confidence in expressions such as “elevate your crest” or “let fall your crest.” These expressions are not really heard anymore, but the related adjective crestfallen, which is still used, comes from this sense. Crestfallen means ‘dejected, disheartened.’ Example: “Wendy turned down Peter’s offer of a date, leaving him rather crestfallen.”

Crest dates back to the late 13th century, when the Middle English noun creste replaced the Old English hris for the tuft or growth of hair or feathers on an animal’s head. It came into English from the Old French creste (tuft or comb), which can be traced back to the Latin crista (tuft or plume). Some linguists think it is related to the Latin word for hair, crinis, though not all agree. Its origin before Latin is uncertain; a few linguists think it can be traced back to the Proto-Indo-European root sker- or ker– (to turn or bend), but the evidence is scant. Crest is related to the French crête, and the Spanish and Italian cresta (all meaning ‘crest’), along with several other Romance language words. It is also thought to be related to the English word crease, and if the Proto-Indo-European origin is taken into account, it is also related to the Latin curvus (bent or curved) and crispus (curly), the Old Church Slavonic kragu (circle) and the Greek kirkos (ring) and koronos (curved), as well as English words such as circle, circus, crisp, crown, curve, flounce, ring, ranch, rank, ridge and shrink. Crest has been used to describe the ornament on a helmet or hat since Latin, and figuratively to mean ‘the highest point of something,’ ‘the top of a mountain,’ or ‘the foam on a wave,’ since it came into English. The verb, originally the Middle English cresten, dates back to the mid- to late 14th century. It may have come from the noun, or may have entered English separately from the Old French crester (which comes from the Old French noun).

See full definition
Learn more about crest in our forums

Crest in other languages