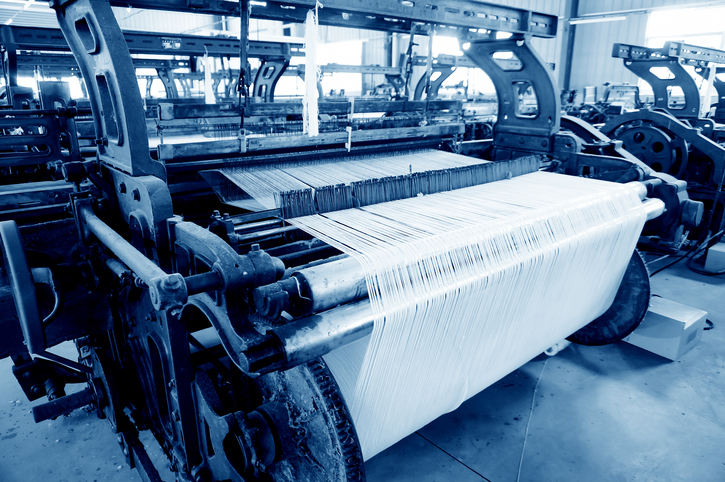 As a verb, to loom means ‘to come into view in an enlarged and indistinct form’ or ‘to rise before your eyes with an appearance of great size,’ usually in a threatening and intimidating way. Figuratively, ‘to assume form as something that’s about to happen,’ usually something worrying or unpleasant, is also to loom. Unrelatedly, a loom is a manual or power-driven device to weave clothes or tapestry and, although rarely used now, it can also be the art or process of weaving.

Loom is also a name sometimes given to some guillemots and divers (which are both seabirds).

An heirloom is something that is handed down in a family for several generations. Example: “My jade necklace is an heirloom that my grandfather gave my grandmother when they got married.”

Loom, meaning a weaving machine, dates back to the early 13th century, in the form of the Middle English noun lome. It can be traced back to a shortened form of the Old English noun gelōma, which meant ‘utensil or tool.’ Loom itself originally meant ‘a tool or utensil of any type,’ and we can still see a trace of this use in the word heirloom. As a side-note, loom was used as a euphemism for penis in the 15th and 16th centuries, even though the main sense of the word narrowed, by around the year 1400, to only one type of tool, used to weave thread or yarn into cloth. It has also been used to mean ‘the process of weaving’ (using a machine) since the mid-16th century. The verb loom, meaning ‘to come into view in an enlarged or indistinct form,’ is unrelated. It came into English in the mid-16th century, but its origin is unknown. Most linguists think it came from a Scandinavian or Low German source, and if so, it is related to the dialectal Swedish loma and the East Frisian lomen (to move slowly), as well as the English adjective lame. Originally, it was also used to describe ships moving up and down. The figurative sense has been used since the late 16th century.

See full definition
Learn more about loom in our forums

Loom in other languages