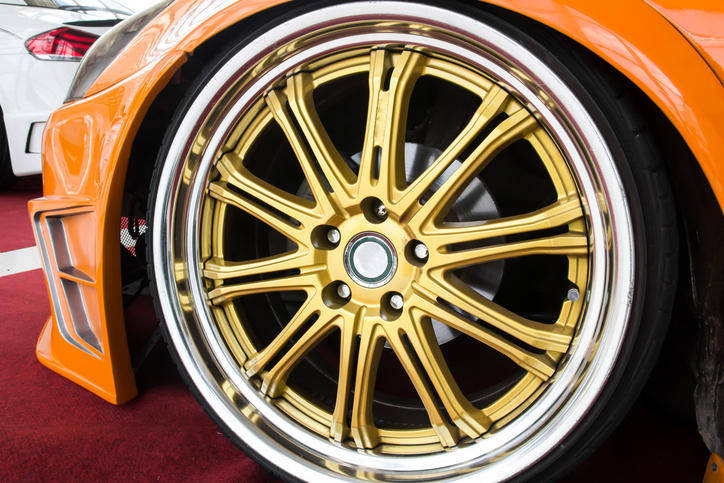 A rim is the outer edge or border of something, especially of a circular object such as a glass, bowl, vase, or pan. Any edge or frame added to a circular object for decoration or other purposes is also a rim and so is the outer circle of a wheel, attached to the hub by spokes. In basketball, the rim is the metal ring from which the net is suspended to form the basket. As a verb, to rim means ‘to furnish with a rim,’ in this sense it is often passive, and, in sports, it is what the ball does, in golf, when it rolls around the edge of a hole without going in, or when it rolls around the rim of the basket in basketball.

A rimshot is a stroke on a snare drum where the stick hits the rim and the head of the drum at the same time. You can listen to Erykah Badu’s song “Rimshot” here:

And, if you’d like to know what a rimshot looks and sounds like, you can see and hear one in this short clip:

To rim can also mean ‘to coat or encrust the rim of a glass,’ as you might do with cocktails. You can see glasses that have been rimmed in the picture accompanying this recipe.

Rim dates back to before the year 1150. The Old and Middle English adjective –rima originally meant ‘edge, border, verge or coast.’ All the early examples we have found are as part of compounds like særima (seashore) and dægrima (literally ‘rim of the day,’ in other words, ‘dawn’). Its origin is unknown. Rim is related to the Old Norse rimi or rime (a raised strip of land), and the Old Frisian rim (edge), but those are the only two related words that have been found. The verb comes from the noun and, meaning ‘to furnish with a rim,’ dates back to the late 18th century. The sports senses are from the early 20th century.

See full definition
Learn more about rim in our forums

Rim in other languages