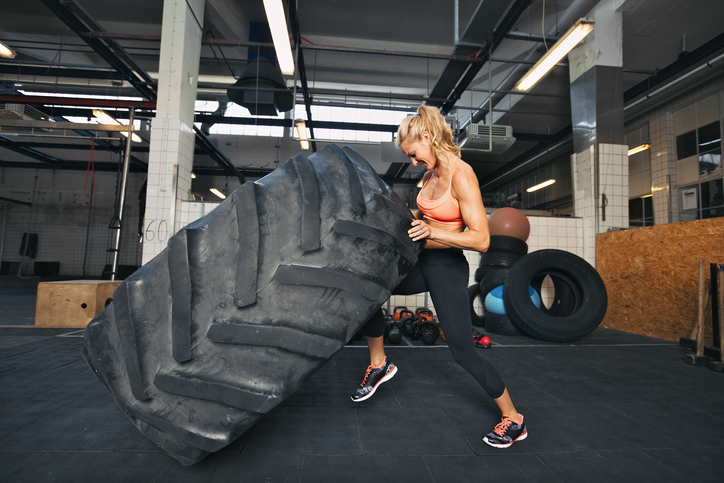 To heave means ‘to lift with great effort’ and also ‘to lift and then throw with effort.’ To utter with effort is also to heave and so is to rise and fall with a swelling motion. In physiology, sometimes followed by up it means ‘to retch, to attempt to vomit’ or ‘to vomit.’ As a nautical term, to heave means ‘to move in a certain direction.’ As a noun a heave is the act of heaving.

heave ho: traditionally an exclamation used by sailors when pulling up the anchor, but now also used by anyone making a physical effort. Example: “Come on everyone, heave ho! We’ll soon get this moved.”

heave in sight: come into sight. Often in the past tense, using the irregular, mainly nautical past “hove.” Example: “The ship hove into sight.”

heave to: to stop a ship. Example: “The captain shouted, “Heave to!” and the sailors ran to trim the sails.”

Listen to Dazz Band’s song “Let It All Blow” here:

Listen out for the lyric “heave ho.”

In wrestling a heave is a chip (a trick or method) where the wrestler puts an arm around the shoulder of his/her opponent in order to throw him/her.

Heave dates back to before the year 900. The Old English verb hebban (Middle English hebben and later heven) originally meant ‘to lift or raise,’ as well as ‘to lift up or exalt.’ It can be traced back to the Proto-Germanic hafjan and the Proto-Indo-European root kap– (to grasp), and is related to the Old Norse hefja, the Dutch heffen, the German heben and the Gothic hafjan (all meaning ‘to lift ot raise’), as well as the Latin capere (‘to take or hold’ and ‘to comprehend’) and capax (able to hold much or broad), the Greek kaptein (to swallow or gulp down) and kope (an oar or handle), the Welsh caeth (captive or slave), and many English words, including accept, cable, capable, caption, case, catch, chase cop, heavy, occupy, prince, receive, and even the verb have. The sense expanded to include ‘to be raised or forced up’ in the mid-14th century, while the meaning ‘to throw’ appeared in the late 16th century, and the nautical sense (to pull in any direction) is from the early 17th century. ‘To rise and fall’ is also from the early 17th century, while the physiological sense, ‘to retch or vomit’ first appeared around the year 1600. The noun comes from the verb, and dates back to the late 16th century.

See full definition
Learn more about heave in our forums

Heave in other languages