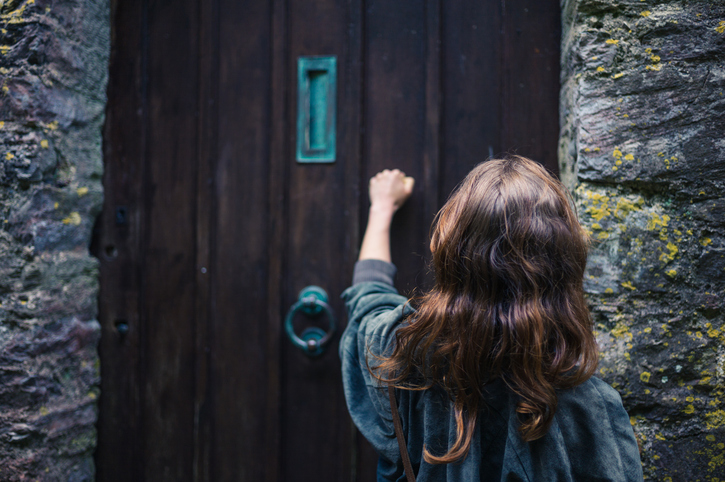 You probably know that rap is a music style. As a verb, to rap means ‘to strike with a quick, sharp blow‘ and ‘to say or shout sharply.’ As a slang term, to rap means ‘to criticize severely,’ ‘to chat about something at length,’ and of course, ‘to talk rhythmically to the beat of rap music,’ As a noun, as well as the music style, a rap is a quick blow and the sound made by that blow. As a slang term, a rap is a criminal charge, blame or punishment, a chat, or a reputation.

beat the rap: avoid punishment for a crime. Example: “Eddie’s lawyer said things were looking bad, but she thought she could help him beat the rap.”

take the rap: get punished in place of someone else. Example: “It was Lucy who broke the window, but her little brother took the rap.”

Listen to Will Smith rapping in the theme song for the movie Men in Black here:

Don’t confuse rap with wrap. They sound the same, but to wrap means ‘to envelop’ or ‘to cover,’ and a wrap is a shawl, or something similar, designed to be wrapped around the wearer’s shoulders.

Rap, meaning ‘a quick light blow or stroke,’ dates back to the early 14th century, in the form of the Middle English rap(p)e. Its origin in uncertain. Some linguists believe it emerged in English naturally, while others say it came into English from a Scandinavian source, making it related to the Danish rap and the Swedish rapp (light blow). Either way, its origin is imitative. For a brief period in the late 15th and early 16th century, rap also meant ‘a fart,’ but that sense fell out of use. The colloquial senses ‘blame or responsibility,’ ‘punishment’ and ‘reputation’ all date back to the late 18th century, while the sense of ‘criminal charge’ first appeared in the mid-20th century. The verb, meaning ‘to strike or knock,’ dates back to the mid-14th century, as the Middle English rappen, and comes from the noun. The figurative sense ‘to criticize sharply’ has been used since the verb appeared, while ‘to give light punishment’ dates back to the mid-18th century. Rap, meaning ‘to talk or chat,’ dates back to 1920s Caribbean English slang, though it was popularized in American slang in the 1960s. However, most linguists agree that it can be traced back to the older British slang use of rap, meaning ‘to say or utter,’ (late 19th century), which in turn comes from the mid-16th century slang sense ‘to utter a sudden oath,’ which originated in a figurative use of the original sense of rap, ‘to strike,’ which would in fact make all the senses related. A few linguists disagree, and believe rap (in the sense ‘to talk’) is unrelated, possibly a shortening of repartee, though there is not much evidence for this. The noun form of this sense, ‘a chat,’ dates back to the late 19th century, but was also popularized in the US in the 1960s. The music sense of rap, as both a verb and a noun, came from these latter senses, and was first used in the New York City music scene in 1979.

See full definition
Learn more about rap in our forums

Rap in other languages