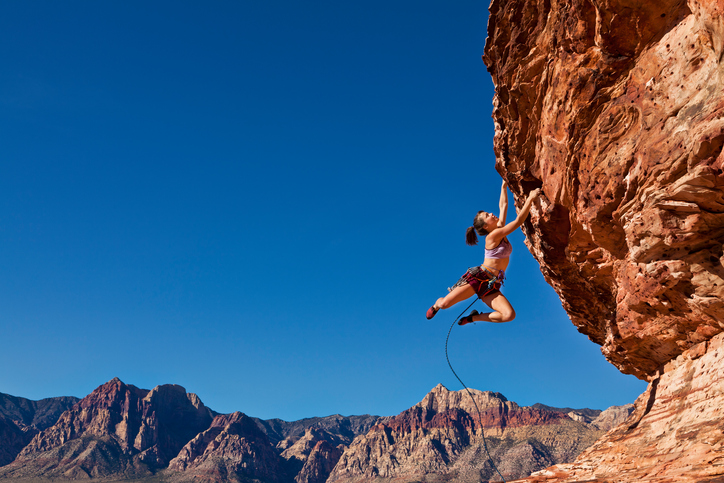 To cling means ‘to stick or adhere closely to something.’ If you cling to someone or something, it means you embrace, hold tight, or stay close to them and if people cling together, that means they embrace or hold tight to each other. If someone clings to something like an idea or a hope, it means that they remain attached to it.

Listen to Queen singing “Teo Torriatte (Let Us Cling Together)” and read the lyrics here:

(Two of the choruses are sung in Japanese.)

A clingstone peach is a variety of peach where the flesh adheres to the stone.

The related adjective clingy can mean that something, like a piece of clothing, for example, adheres closely. If you use clingy to describe a person though, you mean that person is insecure and too emotionally dependent. For example, you might say, “John and Harriet are worried that their daughter is becoming clingy, so they are trying to encourage her to be more independent.”

Cling dates back to before the year 900. The Old English verb clingan, which became clingen in Middle English, originally meant ‘to stick together or hold fast,’ as well as ‘to shrink or wither.’ It can be traced back to the Proto-Germanic root klingg-, and is related to the Danish klynge (to cluster), the Old High German klinga (narrow gorge), the Old Norse klengjask (press onward), the Danish klinke and Dutch klinken (to clench), and the German Klinke (latch), as well as the English verb clench. The main sense varied with time, and by Middle English, it was ‘to adhere to something’ or ‘to stick together.’ It has been used figuratively to talk about hopes, ideas, dreams, etc. since the late 16th century, and to describe the fit of clothing since the late 18th century.

See full definition
Learn more about cling in our forums

Cling in other languages