Basic+ Word of the Day: tip 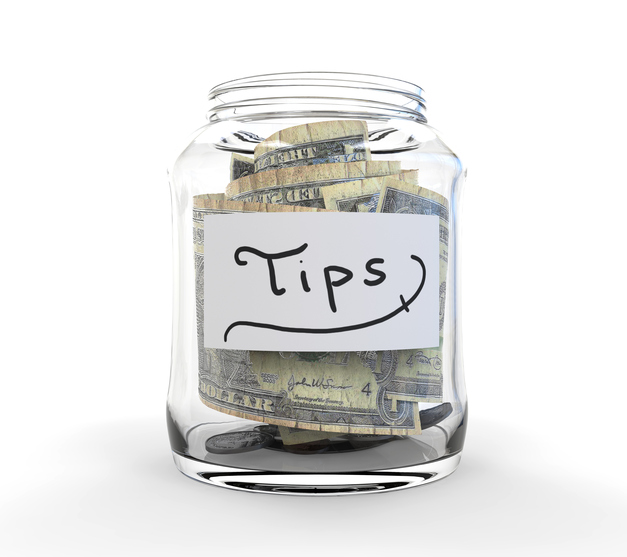 A tip jar is common in cafés in the US.

A tip is the small end of something long and thin. For example, you can talk about the tips of pencils, fingers, and knives.

A tip is also a good idea for how to do something well.

Extra money that you give to someone because you think that they have done a good job is also a tip.

When you give someone extra money for their work, you tip them.

Tip also means to make something move off balance or away from the center.

When we can’t remember something, but we believe that we will remember it very soon, we often say that it is on the tip of our tongue. For example: “What’s his name?” “Oh… It’s on the tip of my tongue!”

This 1980s TV commercial is for a game called Don’t Tip the Waiter. A waiter is the person who brings you food at a restaurant. The name of the game is funny because you tip a waiter at a restaurant by giving him extra money (meaning 4). Also, in the commercial, the children put money on the waiter’s head until they will tip his body (meaning 5).

There are other meanings of tip.

Basic+ Word of the Day: host

Basic+ Word of the Day: award

Basic+ Word of the Day: aside