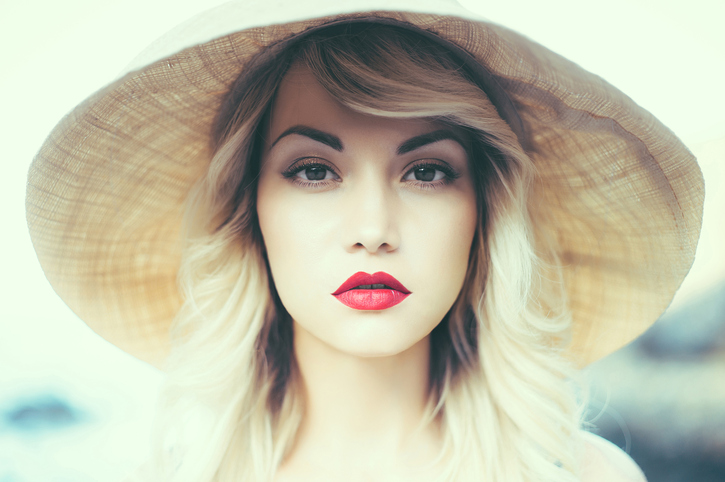 The brim is the upper edge of anything hollow, such as a glass, a bowl, or a cup, and also an edge that sticks out, particularly the one that sticks out of a hat. As a verb, to brim means ‘to be full to the top,’ either literally or figuratively, or, less commonly, ‘to fill to the brim.’

to the brim: right to the top. Example: “Julie filled the cup to the brim.”

brim over: overflow. Example: “The waiter got distracted while pouring the wine and the glasses brimmed over.” Brim over is also used figuratively. Example: “Audience members were brimming over with emotion as they watched the band’s last concert.”

We’re sure you are all wondering whether you should wear a baseball cap with a flat brim or a bent brim. Here’s a video to tell you:

Brim dates back to the late 12th century. The Middle English noun brymme (later brimme), is of uncertain origin, though most linguists agree on a Germanic source, and believe it can be traced back to the Proto-Indo-European root bhrem– (point, spike or edge). It is related to the Old Norse barmr (rim or edge), the Middle High German brem and German Bräme (margin, border or fringe). Earlier, Old English had a similar noun, brim, which meant ‘sea, surf, pool, river, or any body of water.’ Though it is tempting to think that the brim we use now is related, and some linguists did, the Old English brim was probably related to the Germanic root brem- (to roar or rage) and fell out of use before Middle English (except in some Northern dialects). Brim originally meant ‘shore or bank’ (usually of a lake, river or other body of water), but the sense expanded to mean ‘brink, edge or rim’ of anything hollow, by the early 16th century. The verb comes from the noun and, meaning ‘to fill to the edge,’ dates back to the early 17th century. The intransitive sense, ‘to be full to the edge,’ was first used in the early 19th century.

See full definition
Learn more about brim in our forums