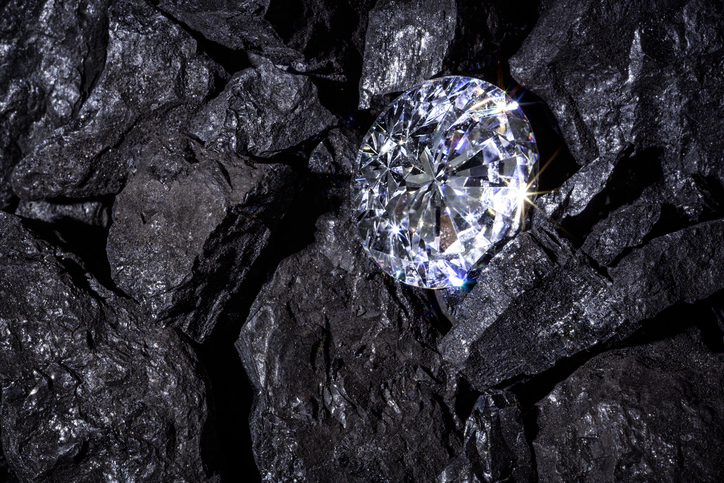 A glint is a quick flash of light or a gleaming brightness. Figuratively, a brief manifestation of something is also called a glint. As a verb, to glint means ‘to shine with a quick flash’ or ‘to reflect or cause to glint’. ‘To move suddenly or dart’ is also to glint, although this meaning is rarely heard these days.

Listen to Van Morrison singing “There There Child” here:

Listen out for the lyric “there’s a glint in your eye for surprise.”

Glint was also used as an adjective meaning ‘slippery,’ but this sense is now archaic.

Glint dates back to the early to mid-15th century. The late Middle English verb glint was an alteration of the Scottish dialect verb glent (which fell out of use) from the obsolete Middle English verb glenten (to gleam, flash or glisten), which probably came into English from a Scandinavian source, though linguists believe it (like many other words beginning with gl- that have similar meanings) can be traced back to a Germanic source, and further to the Proto-Indo-European root ghel- (to shine). It is related to the Norwegian gletta (to look) and the dialectal Swedish glinta (to shine), as well as the English words gild, glance, glare, glass, glaze, gleam, glide, glisten, glitter, gloss, glow, gold and yellow, among others. After being relegated to Scottish and northern dialects, glint is believed to have been re-introduced into general and literary English by Scottish poet Robert Burns. The noun, meaning ‘a gleam,’ comes from the verb and dates back to the early 19th century.

See full definition
Learn more about glint in our forums

Glint in other languages