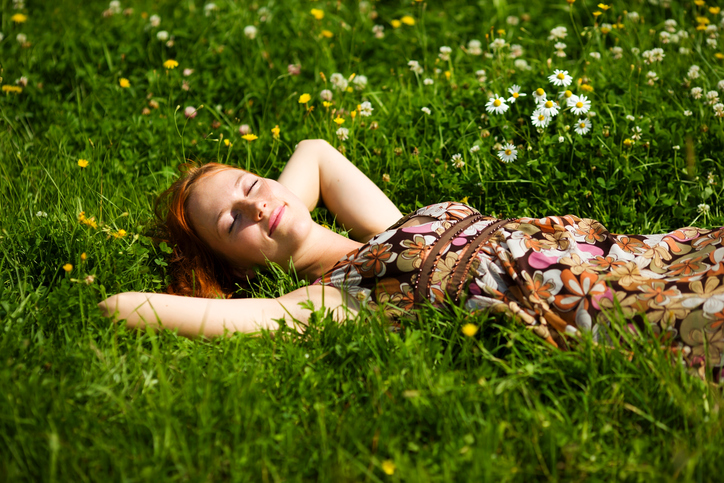 To bask means ‘to be exposed to a pleasant warmth.’ Figuratively and more broadly, if you bask in anything other than warmth or sun, it means that you take great pleasure from it.

Listen to Louis Armstrong singing “On a Coconut Island” here:

Listen out for the lyric “I’d like to be a castaway with you, just to bask in your smile.”

The basking shark is the second largest shark in the world. It gets its name because it likes to feed close to the surface of the water and it appears to be basking in the sun. You can read more about basking sharks here.

If you say someone is basking in reflected glory, you mean they are associating themselves (or trying to!) with someone much more successful than they are, in order to feel as though they are sharing some of that person’s success. This could be something as small as being a dedicated supporter of a very successful sports team or claiming you are the boss’s right hand man or woman. To some extent, most people do this sometimes. In fact, it’s so common that it’s even been turned into an acronym: BIRGing.

Bask dates back to the late 14th century. The Middle English verb basken originally meant ‘to wallow,’ especially in warm water or blood. Most linguists believe that it came into English from the Old Norse baðask (bathask), which meant ‘to bathe yourself,’ the reflexive form of baða (batha), ‘to bathe’ and bað (bath). The -sk suffix was commonly added to verbs in Old Norse to make them reflexive. Bask can be traced back to the Proto-Germanic batham and the Proto-Indo-European root bhē- (to warm) and suffix -thuz (process or act). It is related to the Middle Dutch bat and the German Bad (bath), the Old High German badon and German baden (to bathe), and the English words bath and bathe. Some linguists actually disagree on the origin, though, but they don’t have a competing theory. The meaning of bask changed in the early 17th century, from wallowing in warm fluid, to soaking any warmth or light, after Shakespeare used the verb figuratively, referring to sunshine, in As You Like It, and that’s the meaning we still use today.

See full definition
Learn more about bask in our forums

Bask in other languages