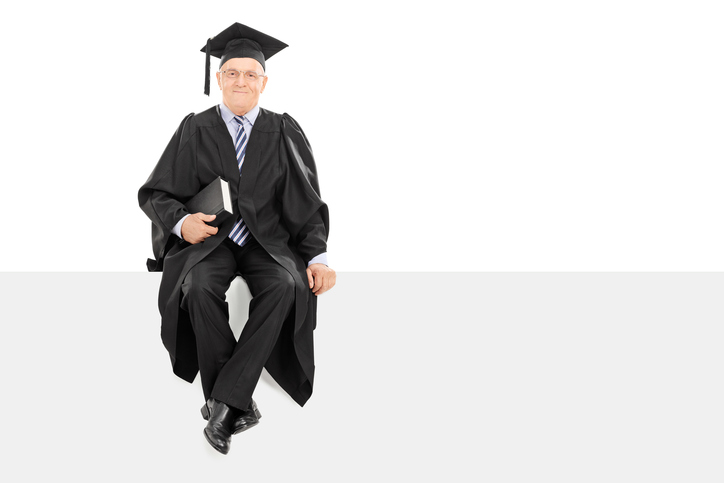 You might have heard Don used to mean Mr. or Sir when addressing men from Spanish- and Portuguese-speaking countries, where it is a title used for lords or gentlemen. In the UK a don is a member of the teaching staff at a university, especially Oxford or Cambridge. Don is also a title given to the head of a Mafia family. As a verb, don has a different meaning that is now only used formally. It means ‘to put on or dress in.’

Don Juan: a Spanish nobleman who was famous for his many seductions. The name is now used as a term for a ladies’ man or womanizer. Example: “Don’t pay any attention to George flirting with you. He does that with all the women he meets; he’s such a Don Juan!”

Watch Marlon Brando playing Mafia boss Don Corleone in this clip from the movie The Godfather:

The opposite of don, as a verb meaning ‘to put on,’ is doff, which means ‘to take clothing off or to put it away from your body.’ This is now mainly only used to talk about headgear. If you doff your hat or cap to someone, it means you raise it from your head as a respectful greeting.

Don, as a title of respect equivalent to Mr. or Sir, dates back to the early 16th century, and probably came into English from Spanish or Portuguese. It can be traced back to the Latin noun dominus (lord or master), from domus (house), and the Proto-Indo-European root dem– (house or household). It is related to other English words like dame, damsel, condominium, domain, dome, domestic, dominate, predominant, madame, madam, (and ma’am) and even despot, danger, dangerous and dungeon. The university sense dates back to the mid-17th century, and started as student slang. The Mafia sense dates back to the 1950s, and came into English from the Italian don, which has the same origin in Latin. The verb don is completely unrelated. It dates back to the early 14th century, and is a contraction of the verb do and the preposition on (do was often used instead of put on, for clothes). Likewise, doff is a contraction of do and off. By the mid-17th century, don and doff were only used in Northern dialects, but they saw a comeback in 19th century literature.

See full definition
Learn more about don in our forums

Don in other languages