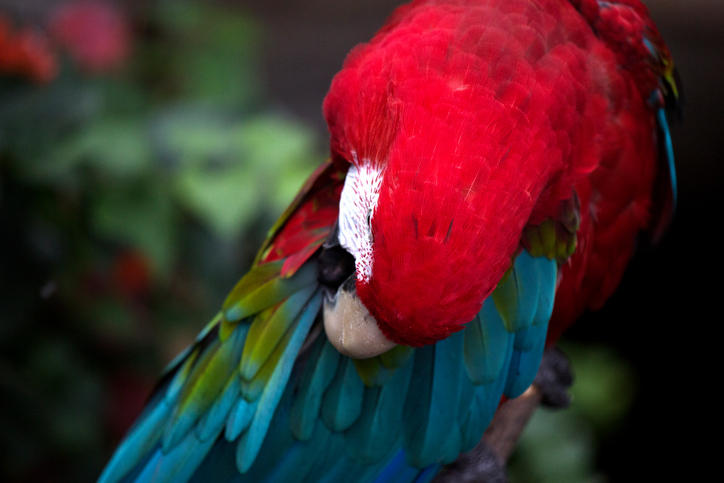 To preen is what birds do, when they clean their feathers using their beaks, though it can also be used to talk about how other animals clean themselves using their tongues. If we’re talking about a person, to preen means ‘to take care of your appearance.’ Preen can also mean ‘to be proud of yourself because of a personal quality or achievement.’

Watch Led Zeppelin perform their song “Ten Years Gone” here, and listen out for the lyric “see your feathers preen.”

In Scottish English, a preen is a decorative pin or brooch or a pin more generally. Figuratively, it means something of little or no worth.

Preen, meaning ‘to trim or dress up,’ dates back to the early 14th century. The late Middle English verb prene is of uncertain origin. Some linguists think it is a variation of the Middle English prunen or proynen, which was used to describe birds trimming their feathers with their beaks, while others think it came from the Old French poroindre ‘to anoint’ and the Old French proignier ‘to round off or prune.’ There was a similar verb in Middle English, prenen, which meant ‘to stab or pierce,’ from the noun prene (pin), which can be traced back to the Old English preon, a word common in many Germanic languages. Linguists don’t believe this word to be directly related to preen, but think it may have influenced its evolution. Preen is related to another English verb, prune (which means to cut back plants). The first cases of preen being used figuratively date back to the mid-16th century.

See full definition
Learn more about preen in our forums

Preen in other languages