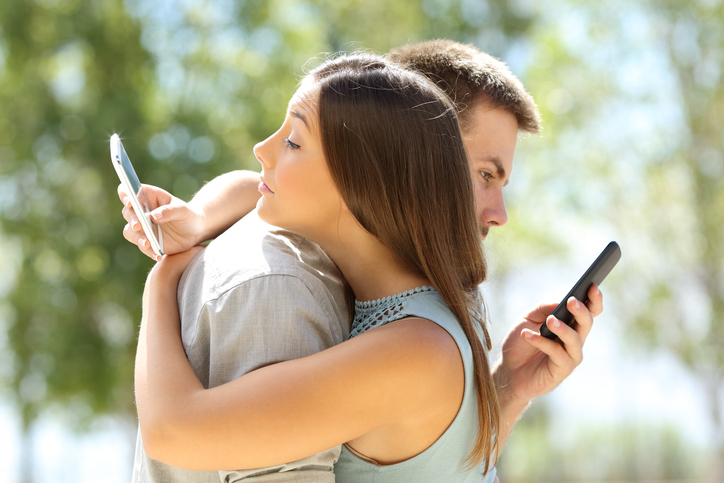 To snub means ‘to treat with contempt, usually by ignoring.’ As a noun, a snub is such treatment, either the act or the instance of snubbing. As an adjective though, snub is not related to this. It is used to talk about a nose that’s short and turned up at the tip. Another meaning of snub as an adjective is ‘blunt.’ Snub can also mean ‘to check or stop a rope or cable that is running out’ or ‘to check a boat or horse, etc.’ with a rope made fast to a fixed object, like a post or a tree.

Watch this clip from Seinfeld where Kramer tells Seinfeld he snubbed a girl that Seinfeld dated:

A snubnose or snubnosed revolver is a gun with a very short barrel. They are less powerful than guns with a longer barrel, but easier to conceal.

Snubbing other people by looking at your phone is a phenomenon that has become so common that, in 2012, the Macquarie dictionary coined the term “phubbing” to describe this behavior. It is a portmanteau word, made of a combination of phone and snub. There is even a “Stop Phubbing” website where you can read more about phubbing and how people are trying to fight back against this trend: http://stopphubbing.com/

Snub dates back to the early 14th century. The Middle English verb snubben, meaning ‘to check, reprove or rebuke,’ came into English from the Old Norse snubba (to scold, chide, rebuke or even curse). Its origin is uncertain, but it is thought to have originally evolved from the figurative sense of a verb meaning ‘to cut off,’ similar to the Swedish snobba (‘to lop off’ or ‘to snuff a candle’) and the Old Norse snubbotr an adjective meaning ‘snubbed, nipped, or with the tip cut off.’ It is also related to the Middle Low German snüben, and possibly (if the origin theory is correct) to the English verb snip. The sense ‘to treat coldly’ first appeared in the early 18th century. The noun, meaning ‘intentional slight or rebuke,’ dates back to the early 16th century, and comes from the verb. The adjective, meaning ‘short and turned up,’ dates back to the early 18th century, and was first seen in the compound snub-nose, though its meaning soon expanded to anything ‘short and turned up’ as well as ‘blunt,’ though the latter sense is rarely used today.

See full definition
Learn more about snub in our forums

Snub in other languages