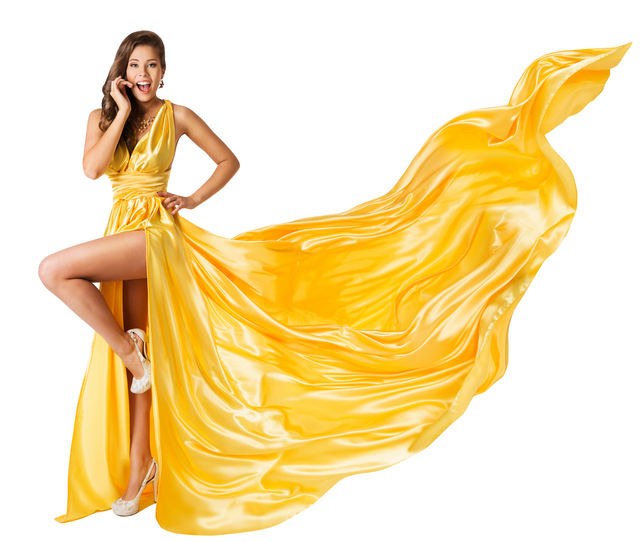 To slit means ‘to make a long cut or opening in something’ and it is often followed by open. It also means ‘to cut into strips.’ As a noun, a slit is a narrow opening, like the ones some dresses or skirts have, for example. In medicine, a slit is an incision.

Listen to Pete Townshend, from rock band The Who, singing “Slit Skirts” here:

If you slit someone’s throat, that means you make a gash across that person’s neck or throat with a knife or other sharp object. As this is likely to sever an artery, such wounds generally prove fatal.

Slit dates back to the late 12th century. The Middle English verb slitten may have come from the Old English verb slitan, which could mean ‘to slit, tear or split,’ ‘to rend to pieces’ or ‘to bite or sting,’ or it may only be related, which is why it’s not definitively said to date back to before the year 900. Some linguists have even argued that the Old English verb implied a level of violence that is not necessarily included in the Middle English verb and beyond as a reason to consider them related, but do not trace the origin back through OE. Either way, it can be traced back to the Proto-Germanic slitan, and is related to the Old Saxon slitan, the Old Frisian slita, the Old Norse slita, the Middle Low German and Middle Dutch sliten, the Dutch slijten, the Old High German slizan and the German schleißen, all meaning ‘to slit.’ The noun, meaning ‘a long cut’ (usually in clothes) or ‘an incision,’ comes from the verb, and dates back to the mid-13th century.

See full definition
Learn more about slit in our forums

Slit in other languages