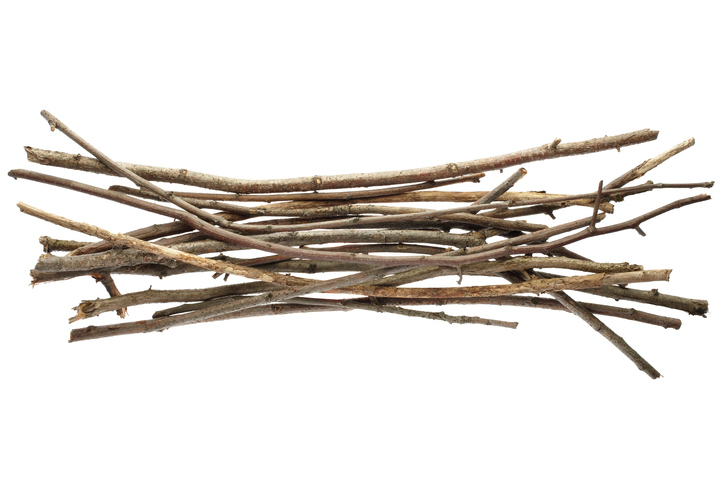 You might already know that a twig is a small, thin shoot of a tree, wooden branch or stem, and also those same shoots when they fall from a tree, often used to start a fire. In anatomy, one of the minute branches of a blood vessel or nerve is also called a twig. But did you know that twig is also a verb? It’s an informal term, only used in UK English, meaning ‘to understand,’ and it can be used either with or without an object.

FKA Twigs is an English singer-songwriter. You can listen to her singing “Water Me” and watch the video here:

In UK English twig also used to be an informal term for style or fashion. It is now archaic, but you might come across a reference in an old novel to someone going to a ball “in the latest twig,” for example. Although the word twig is no longer used to talk about fashion, the model, actress, and singer Lesley Lawson (née Hornby), who was an icon of British fashion in the 1960s, is known as Twiggy. However, her nickname is a reference to her very slim build during her early days of modeling.

In its earliest forms, the verb twig, as a slang term in UK English, also meant ‘to look at or watch’ or ‘to perceive or discern.’ It then began to be used to mean ‘to understand,’ and this is the only meaning that is still in current common usage.

Twig dates back to before the year 950. The Old and Middle English twig or or twigge originally meant ‘a branch, twig or shoot,’ as well as ‘a small tree.’ It can be traced back to the Proto-Germanic twigga, meaning ‘a fork’ (not the utensil for eating, but any long shape divided into two branches, which is where the concept of a fork emerged), and before then the Proto-Indo-European root wo-, meaning ‘two.’ It is related to the Middle Dutch twijch, the Dutch twijg, the Old High German zwīg and the German Zweig (all meaning twig or branch), as well as a related (and now obsolete) Old English word, twisel, which meant ‘fork or point of division.’ It is more distantly related to the Sanskrit dvikás (double), and many words, in many European languages, meaning ‘two’ (such as the Spanish dos, the Italian duo, the French deux and the German zwei), and English words including balance, between, biscuit, combine, diplomat, double, twilight, twin, twist, and of course two, twelve and twenty. Twig, as a verb meaning ‘to understand,’ is much more recent. It came into English in the mid-18th century from the Irish tuigim (I understand), from the verb tuig (appreciate, follow, know or understand).

See full definition
Learn more about twig in our forums

Twig in other languages