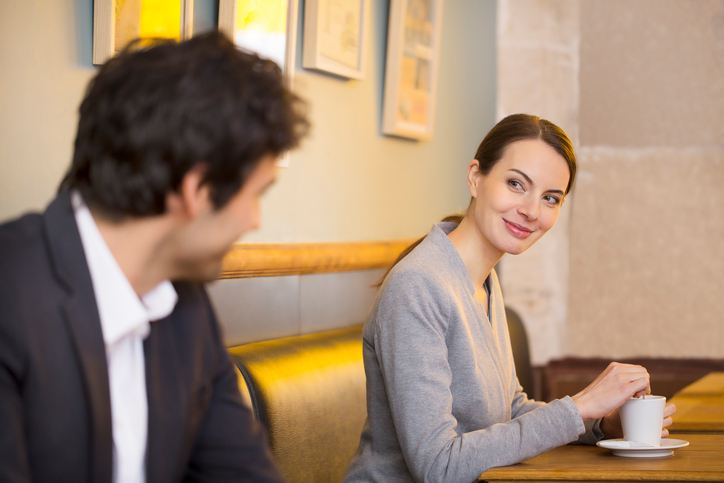 She has a crush on him.

Most commonly, to crush means ‘to press or squeeze with force,’ ‘to wrinkle into tiny folds,’ and ‘to break in small particles.’ Figuratively, if you give someone a big, tight hug, they might say that you’re crushing them and, if you beat or destroy something or someone, you can use crush as well. Crush also means ‘to upset or shock.’ As a noun, a crush is obviously the act of crushing and the state of being crushed. Informally, a crush is a crowd and also an intense infatuation with someone, as well as the person you are infatuated with.

Many love songs have been written about having a crush. Here is one of our favorites.

The related adjective crushing is often used figuratively to talk about something that has had a great impact on someone, either emotionally—”His wife leaving him was a crushing blow for Henry”—or in terms of losing something—”The team suffered a crushing defeat in the final.”

Crush dates back to the early 14th century, as the Middle English cruschen. It came into English from the Middle French cruisir (the Old French cruissir was originally a variant of croissir, which meant ‘to crash or break,’ as well as ‘to gnash, or grind, your teeth’). Though it came into English from French, crush is probably Germanic in origin, and may have come into French through the Frankish krostjan. It is related to the Old Swedish krusa, krosa (to crush) and krysta (to gnash), the Middle Low German krossen (to crush) and the Gothic kriustan (to gnash). It is also related to some non-Germanic words, which are thought to be Germanic loans, such as the Italian crosciare, the Catalan cruxir, the Latin crujirare, and the Spanish crujir. The figurative sense (to humiliate or demoralize) appeared around the year 1600. The noun, meaning ‘the act of crushing,’ dated back to the late 16th century. The meaning ‘large crowd’ appeared in the early 19th century, while the colloquial meaning of ‘infatuation’ is from the late 19th century.

See full definition
Learn more about crush in our forums

Crush in other languages