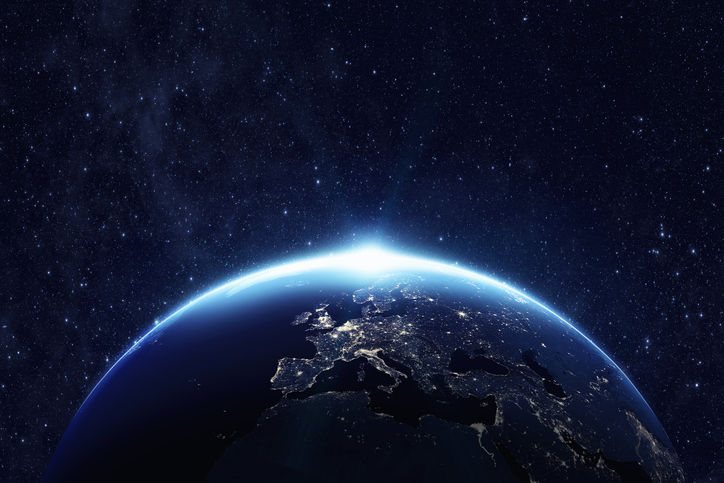 Ground dates back to before the year 900. The Old English grund, which in Middle English could be spelled either grund or grownd, meant ‘bottom or foundation’ and ‘surface of the earth,’ but it could also mean ‘bottom of the sea’ and (mainly in literary texts) ‘hell or abyss.’ It comes from the Proto-Germanic noun grundus, which meant ‘deep place,’ and is related to the Old Frisian, Old Saxon, Danish and Swedish grund, the Dutch grond, the Old High German grunt, and the German Grund, all of which mean ‘ground, soil or bottom,’ and the Old Norse words grunn (a shallow place) grund (field or plain) and grunnr (bottom). No related words are found outside of Germanic languages, so it is unlikely that the word has a Proto-Indo-European root. The sense of ‘reason or motive,’ originally a figurative use of the ‘foundation’ meaning, first appeared around the year 1200, while ‘source, origin or cause’ became common meanings for ground around the year 1400. The verb comes from the noun, and dates back to the mid-13th century, when the original meaning was ‘to put on the ground or to strike down to the ground.’ The meaning ‘to lay the foundation of something’ first appeared in the late 14th century, and was closely followed by ‘to base (an argument) on.’ The meaning ‘to punish’ is from the early 20th century. It is usually used for children now, but it originally meant to punish pilots by not letting them fly. The adjective comes from the past participle form of the verb. The plural noun grounds, often used for coffee or fine particles, actually comes from a completely different word: the verb grind, through its past participle and adjective ground. It dates back to the mid-14th century.