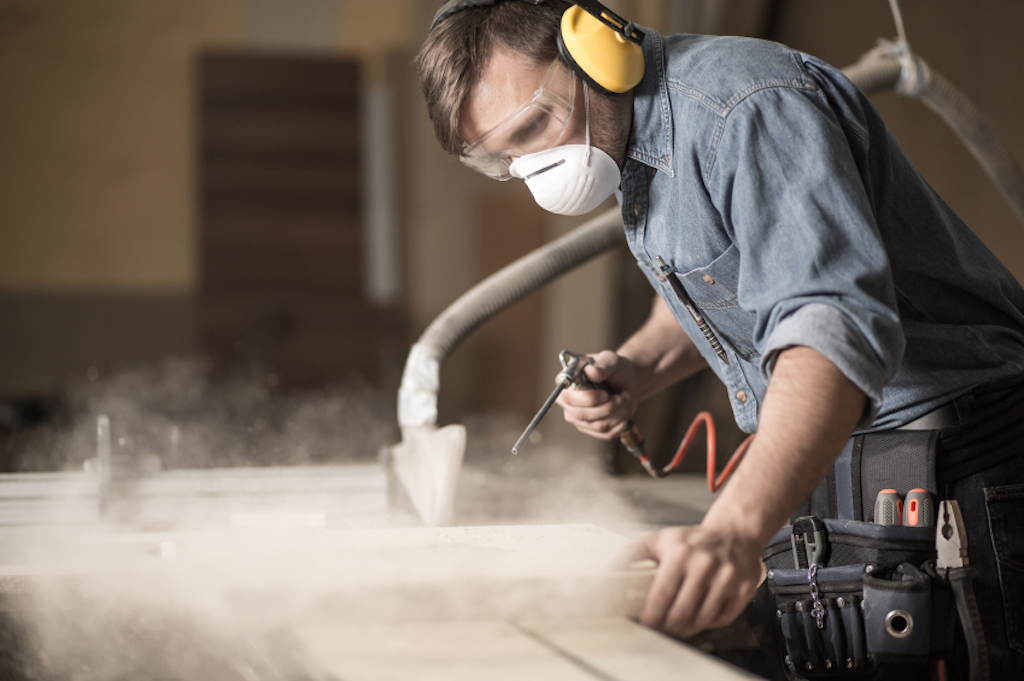 Labor is a noun that means ‘an activity to produce something’ and it is also the workers paid for doing such activity, considered collectively as a group. It is also physical or mental work, especially when the activity is hard and tiring. Labor is also the last stage in pregnancy, when the baby is born. As a verb, to labor means ‘to work’ and it is mostly used for manual tasks that involve great effort. Figuratively, it means ‘to move really slowly and with effort,’ and it also means ‘to work to achieve a certain goal.’ As an adjective, it refers to everything related to work and workers.

labor the point: to go over something, especially an argument, too much or in too much detail. Example: “We understand your argument; you can stop laboring the point now!”

labor of love: something you make a great effort over because it is very important to you. Example: “The sculptor took months to perfect the statue; it was a real labor of love.”

labor under a misapprehension: to be mistaken about something, usually leading you to misunderstand what is being said or is happening. Example: “The tourist couldn’t understand why the staff wouldn’t let him have a room, but in the end he realized he had been laboring under a misapprehension; the hôtel de ville was the town hall and not a hotel!”

International Workers’ Day, sometimes called Labor Day, is held every year on May 1 (May Day) as a celebration for workers and the working classes. May Day is a public holiday in a lot of countries around the world, and the date was also chosen because it is close to the date of the Haymarket Riot, an initially peaceful workers’ rally that descended into violence, held in Chicago on May 4, 1886. However, some countries celebrate Labor Day on a date that is significant to them; in the United States, for example, Labor Day is the first Monday in September.

If you’d like to know more about how Labor Day came to be in September in the US, you can find out in this clip from The History Channel’s TV show History of the Holidays:

The Labour Party in the UK is the party that was originally founded to represent working-class people.

Labor, meaning ‘a task or project,’ dates back to around the year 1300, in the form of the Middle English noun labour. It came into English from the Middle French labour and the Old French labor (‘toil, work, task or exertion’ or ‘tribulation or suffering’). It can be traced back to the Latin labōr (‘toil or exertion,’ ‘hardship, pain or fatigue,’ or ‘a work or product of labor’), but its origin before then is uncertain. In English, the senses ‘exertion’ and ‘trouble, difficulty or hardship’ both appeared in the late 14th century. Labor has been used to describe ‘the physical exertions of childbirth’ since the late 16th century; it is short for labor of birth, and similar use exists in other languages. It has been used to describe workers as a collective since the mid-19th century. The verb, meaning ‘to perform work,’ ‘to work hard,’ ‘to keep busy’ or ‘to strive or endeavor to do something,’ dates back to the late 14th century, as the Middle English verb labouren. It came into English from the Old French laborer (‘to work, toil or struggle,’ ‘to be busy’ or ‘to plow land’) which can be traced back to the Latin laborāre (‘to work, take pains or exert yourself,’ ‘to produce by toil,’ ‘to suffer or be afflicted’ or ‘to be in distress’), from the noun labōr. The sense ‘to endure pain or trouble’ was first used in the 15th century, especially in connection with childbirth, and ‘to be burdened’ was first recorded in the late 15th century.

See full definition
Learn more about labor in our forums

Labor in other languages