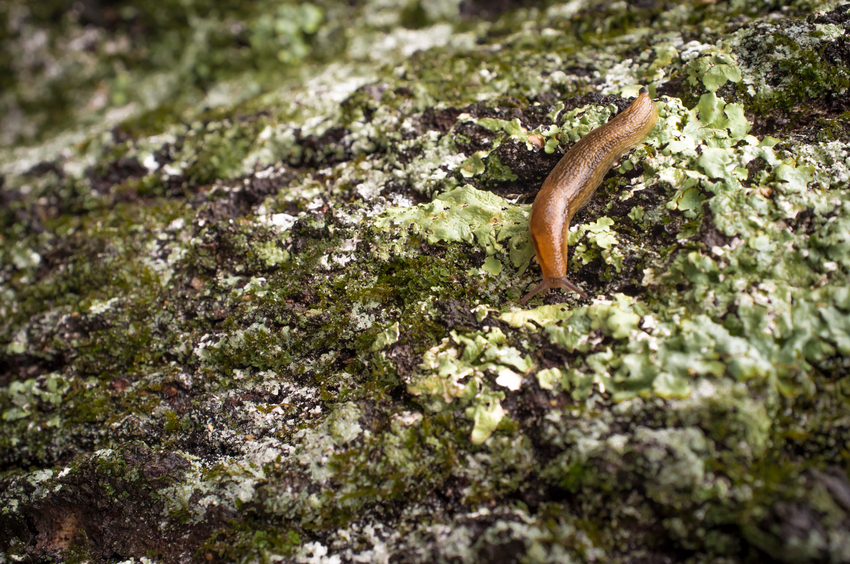 A slug is a small snakelike creature that moves really slowly and, figuratively and mainly in US English, we can call a lazy person a slug. A slug is also a bullet or any metal shot from a gun and, in US English, it is a round metal disk used as a coin or a token. Informally, a slug is a shot of an alcoholic drink (used more in US than UK English) and, in sports, in US English, a slug is a hard hit. As a verb, to slug means ‘to strike hard with your fist’ or, in US English, ‘to hit a baseball a great distance.’

slug it out: fight it out––either literally or figuratively. Example: “I saw two men slugging it out in the bar’s parking lot.” “Those two big corporations are going to slug it out in the courts.”

In Australian and New Zealand English, slug is also a verb that means ‘to overcharge someone’ and, as a noun, it means ‘an exorbitant price.’ Example: “That builder slugged me $1,000 for a really simple job.”

In journalism, a slugline is an identifying title used with the draft of a story that should be taken out in the final print copy. It is so named because a slug is also a metal bar used as a division between lines on a Linotype printing machine.

Slug dates back to the late 14th or early 15th century. It appeared as the Middle English noun slugge or sluggard, meaning ‘lazy person,’ and probably came from a Scandinavian dialect. It is similar to the Norwegian dialect noun sluggje, meaning ‘heavy or slow person.’ It only became the name of a snail without a shell at the beginning of the 18th century. The meaning of ‘hard blow or punch,’ related to fighting or sports, appeared in the early 19th century, and the verb appeared around the same time.

See full definition
Learn more about slug in our forums

Slug in other languages