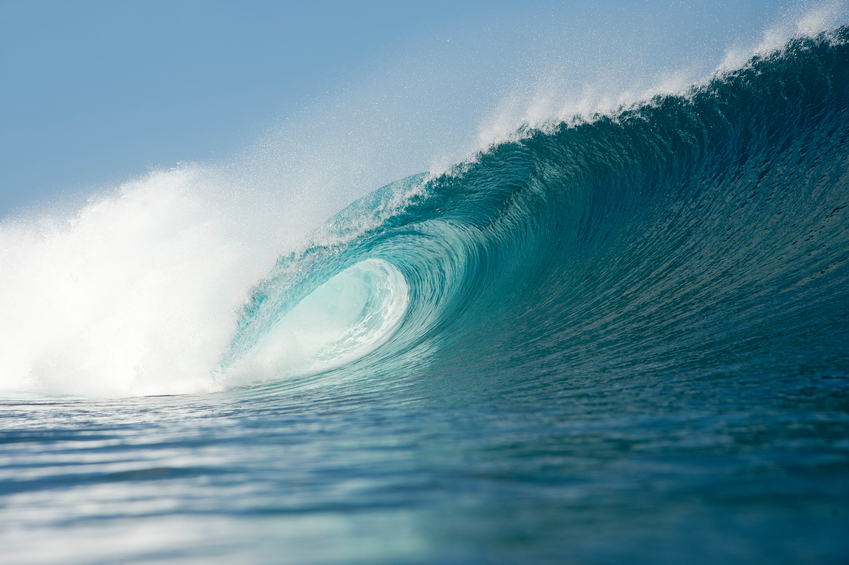 A wave breaking in the ocean 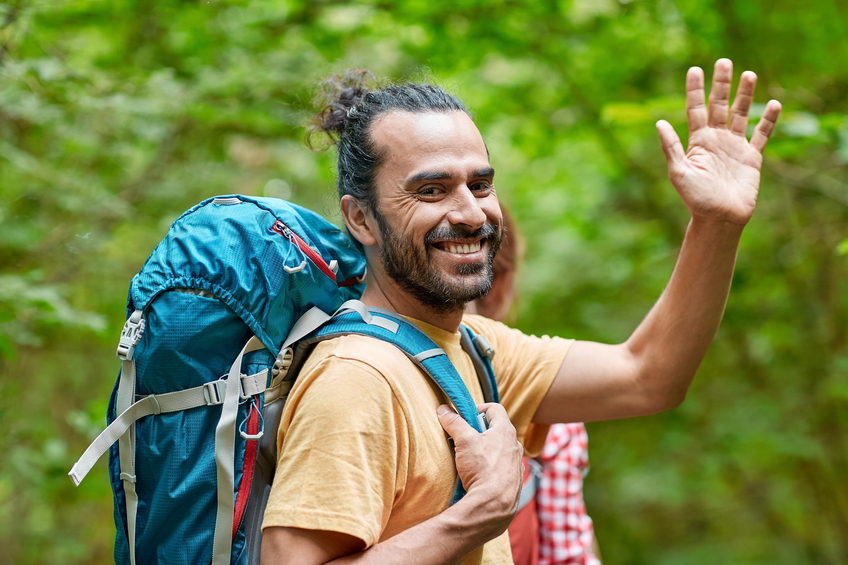 Is this man waving hello or goodbye?

A wave is most commonly a movement in the surface of water, the hand movement we use for greeting, or any other gesture resembling that. In physics, a wave is a disturbance sent out or across from one point to another in a medium. Figuratively, a wave is any sudden emotion or rush of feelings or a period of extreme heat or cold. Mass movements are also called waves. To wave means ‘to move up and down or back and forth,’ as waves do, or to greet with a hand gesture.

heatwave: a usually prolonged period of very hot weather. Example: “France experienced a heatwave in the summer of 2003.”

Mexican wave (also called just wave): spectators at a sports game standing up in sections to produce a wave-like effect. Example: “The crowd performed several Mexican waves during the game.”

crime wave: a series of crimes, usually within a particular area. Example: “New York residents are asking police what they intend to do about the recent crime wave that has been sweeping the city.”

The song Waves by Dutch singer Mr. Probz has lots of wave and water imagery. Listen for him singing “My face above the water; my feet can’t touch the ground,” “Wave after wave” and “Slowly drifting,” and “It feels like I’m drowning” (drowning is when somebody dies in the water).

You may sometimes hear the expression “make waves” used to mean stir up trouble. For example, someone might say, “My neighbors’ dogs are sometimes really noisy, but I don’t want to make waves by confronting them about it.” Another similar expression is “don’t rock the boat.”

Wave dates back to the mid-14th century, in the form of the Old English verb wafian (meaning to move back and forth), and later the Middle English verb waven, but its roots can be traced all the way back to the Proto-Indo-European stem webh-, meaning ‘to move back and forth’ or ‘to weave.’ This is also the origin of several other English words, like weave and waver. Wave was first used as a noun in the 16th century, and the meaning of ‘moving a hand to say hello or goodbye’ came about in the late 17th century. It was first used in physics in 1932.

See full definition
Learn more about wave in our forums

Wave in other languages