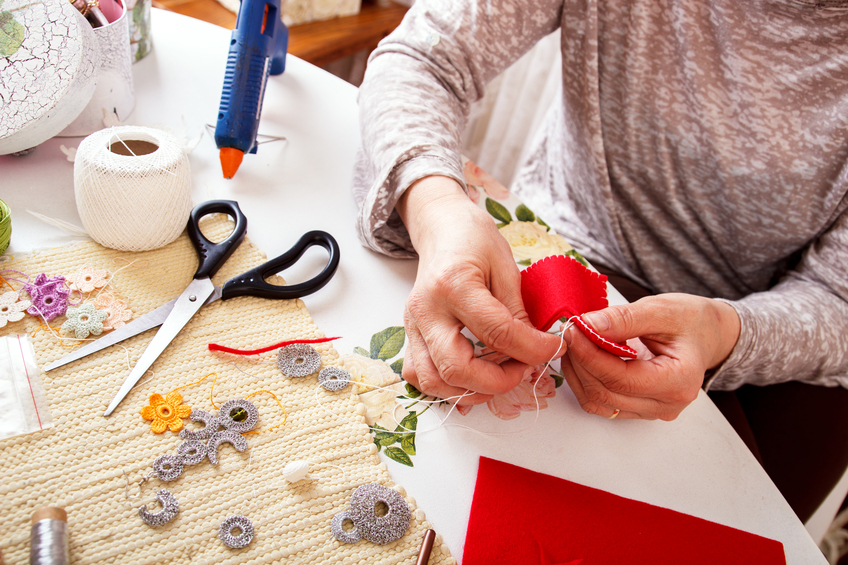 A craft is an art that requires hand skills and it is also the ability to use your hands well or, negatively, a skill used for bad purposes, such as cunning or deceit. Crafts (or handicrafts), in the plural, are objects made by hand. A craft is also a ship or an airplane, or ships and airplanes thought of as a group. As a verb, to craft means ‘to make an object using your hands and with great care.’

arts and crafts: the handcrafting and decoration of objects. Example: “At my son’s summer camp, they spend a lot of time on arts and crafts.”

The 1996 movie The Craft is about four high school misfits (ie, people who don’t “fit in” and who others think are strange). The name of the movie is short for witchcraft, a word that refers to the magic of witches.

The craft is another term for the Freemasons, organizations of men who offer each other mutual support, so called because they originated in local fraternities of stonemasons.

Craft dates back to before the year 900; the Old English and Midde English noun cræft meant ‘strength or skill.’ It is related to the German Kraft, the Dutch kracht and the Old Norse kraptr. The verb, meaning ‘to exercise a skill,’ is just as old. The Old English cræftan evolved into the Middle English cræften, and then lost the ending. Interestingly, the meaning ‘to make skillfully’ appeared around the early 14th century, but then fell out of use until the mid-20th century, when American advertisers picked it up.

See full definition
Learn more about craft in our forums

Craft in other languages

Craft was suggested by Francesca, from Italy.