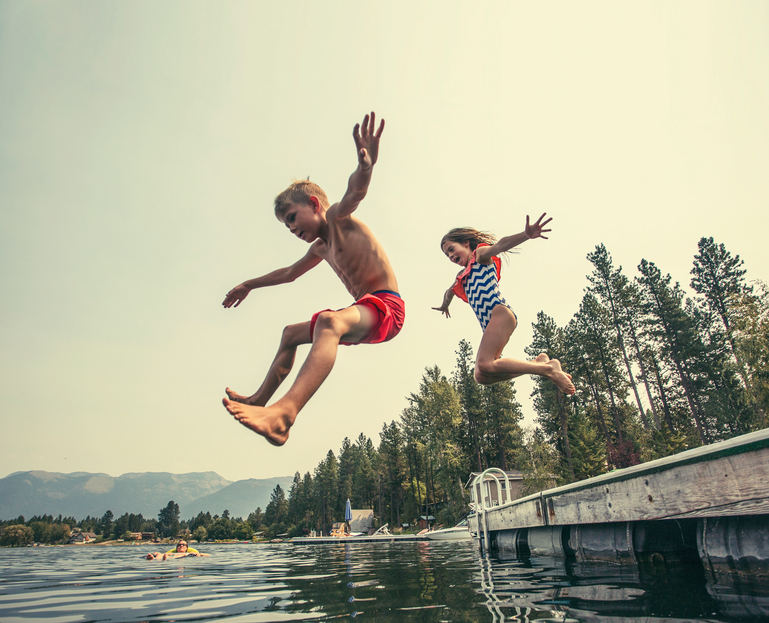 I dare you to jump in the lake!

how dare you: How could you do that? Example: “How dare you yell at me, after all I’ve done for you!”
daresay (formal, dated): suppose. Example: “He is an expert on the subject, so I daresay he knows what he is talking about. You should trust him.”

Truth or dare is a common game played by children and adolescents. A person is asked “Truth or Dare?” and chooses one of the two options. For “truth,” they have to answer a question, and for “dare,” they have to perform a dare.

The past tense and past participle of dare is dared. However, in older books, or in very literary writing, you might come across the former past tense durst.

Dare dates back to before the year 900. The verb comes from the Old English verb durran, which was irregular. Its first-, second-, and third-person singular conjugations for the present indicative were dar(r), dearst, and dear(r), and these evolved into the infinitive form of the verb in Middle English, dar. It is related to the Old High German verb gitarran. The noun comes from the verb, and was first used in the late 16th century.

See full definition
Learn more about dare in our forums

Dare in other languages