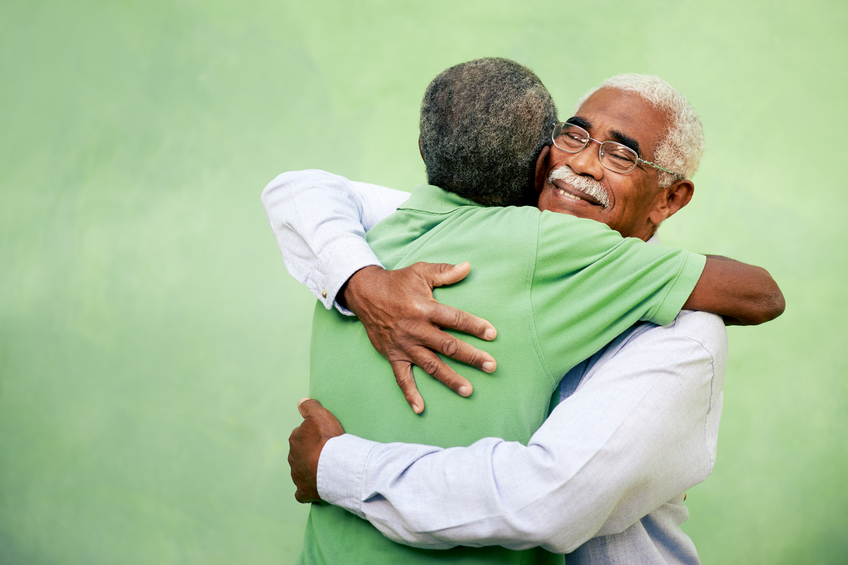 To embrace means ‘to hug,’ ‘to take someone in your arms,’ or more generally, ‘to enclose or surround’ (though in these senses it is a bit formal). It also means ‘to accept or receive something with enthusiasm’ or ‘to adopt something important,’ such as a religion, set of values, or profession. Embrace also means ‘to include or contain.’ As a noun, an embrace is the act of hugging someone or the act of accepting or adopting something.

embrace the devil: try something you think you won’t like or don’t understand in an effort to learn to like or understand it.

Don’t confuse embrace with brace. Some native English speakers mistakenly use the expression embrace yourself instead of brace yourself. Brace yourself is an expression that literally means ‘to adopt a position likely to reduce the physical impact of something,’ like a crash in a plane or car, and it is often used figuratively to mean ‘gather your courage, ready yourself’ before facing a challenging situation or ordeal. So, if you were at work, you might tell your colleagues, “Brace yourselves; I just saw the boss on his way in and it looks like he’s in a really bad mood!” Of course, if you have to face something unpleasant, it might help to give yourself a hug, but really this is a mix-up between two similar sounding expressions.

The love song “Embraceable You” was sung by many of the 20th century’s most famous performers, including Frank Sinatra, Ella Fitzgerald, and Nat King Cole.

Embrace came into English in the early 14th century through Anglo-French, which adopted the Old French verb embracier (embrasser in Modern French), which meant ‘hold in the arms, enclose, covet, or cope with.’ It is formed with the prefix en-or em-, meaning ‘in,’ and brace or braz, meaning ‘arms,’ which comes from the Latin bracchium (plural brachia), also meaning ‘arms.’ The noun form, meaning ‘hug,’ first appeared in the late 16th century.

See full definition
Learn more about embrace in our forums

Embrace in other languages